A few weeks ago, at its I/O developer conference, Google announced the Android M Developer Preview. This next-gen OS version will officially launch next quarter - and it should have an appropriately delicious name by then too - but Google has already released the preview for a handful of its Nexus devices. 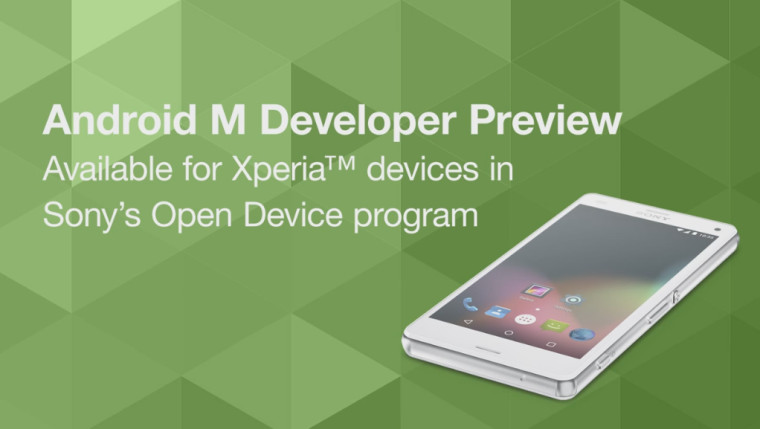 Today, Sony announced that it is making the Android M Developer Preview available too, under its Open Device program - but you'll have to do some work to be able to install it on your handset or tablet.

However, while Google releases complete factory images of Android ready for installation, Sony isn't making things quite that easy with the M Developer Preview. Instead, Sony says you can check out its "easy-to-follow guide", where you'll...

...get instructions on building AOSP M Developer Preview and download the necessary software binaries. You can then create your test image, flash it onto your device and then verify your apps.

Since Sony uses the Android Open Source Project (AOSP) code for its Android M implementation, the company cautions that it is "not certified or intended for regular use", adding that it "comes with some limitations, for example, the modem and the camera are not implemented."

You have been warned.