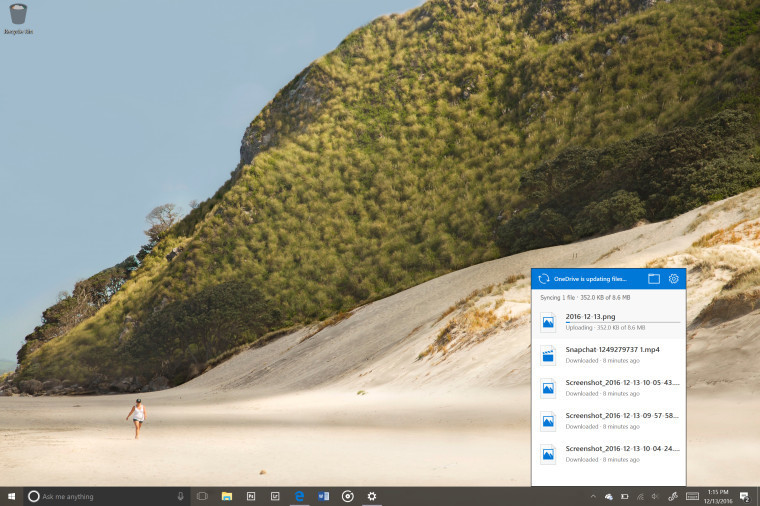 The Windows 10 Creator's Update is shaping up to be quite the worthy upgrade. The update is set to be released in March 2017 and will bring an arsenal of new tools and features for creative types.

With Windows 10 build 14986 released last week, numerous Neowin readers reacted positively to the extensive list of features and improvements to check out, and who can blame them? The update arrived after a period of three weeks with no new builds, and most prior to build 14986 did not contain any noteworthy changes. As with any fresh Insider build, one can expect bugs with some users encountering issues downloading the new build.

However, a UI change buried within build 14986 has managed to fly under the radar, as users have started to report the presence of a new fly-out menu for the OneDrive taskbar icon. Clicking the settings icons still opens the current menu, as does the new file explorer icon.

So far, it seems that Microsoft has only been testing the feature with a subset of Windows Insiders. However, according to Inside Windows, the feature can be manually enabled but there is a caveat. The process involves editing the registry, which can prove quite risky.

If you are confident and wish to try out this feature on your device you may do so by carefully following the steps provided below:

If after completing the above you do not see the new fly-out menu, you may need to restart your computer for the changes to take effect.