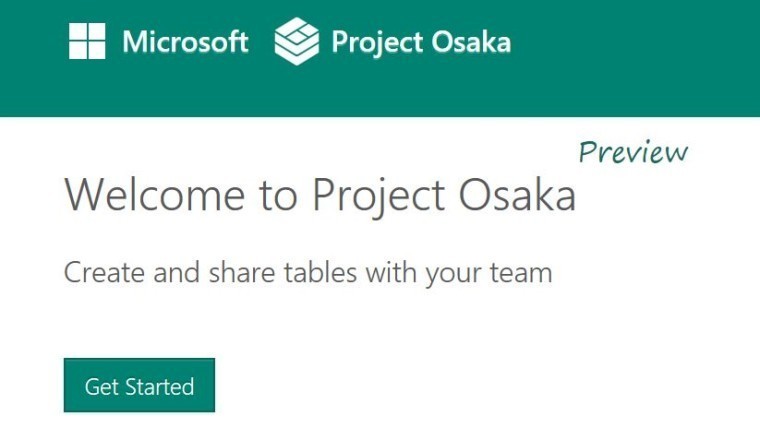 Project Osaka is a new tool being developed by Microsoft for its Office 365 customers. This tool seems to focus on helping teams to organize data in tables in a collaborative way. Unfortunately, no more information was given about how it's going to work.

As uncovered by WalkingCat, Project Osaka is still under a private limited trial with selected Office 365 users. From the same image, it's possible to find the project's former name, CollabDB, which may be a contraction of "Collaborative Database".

If it's true that Project Osaka is the formerly known CollabDB, not only the name of the project has changed, though. As spotted by WalkingCat in mid-2015, Microsoft CollabDB was by that time some sort of an Office Lists App, as can be seen in the screenshots below. Instead of using tables to organize databases, it was focused on creating and sharing lists with your team. Microsoft's plans for this project may have changed after the acquisition of Wunderlist, confirmed in mid-2015.

Microsoft hasn't provided any information about the general availability of this new tool, nor for which kind of customer it is being designed.