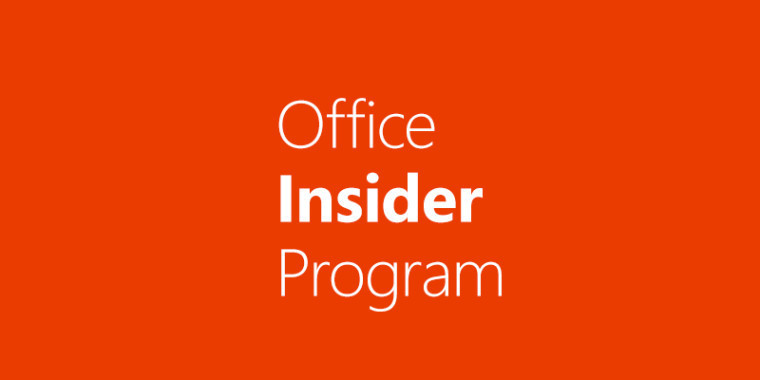 Microsoft first launched the Office Insider Program for Windows back in late 2015, followed by the release of builds to Android, Mac and Windows 10 Mobile in the first half of 2016. This meant that almost all users could be an Office Insider, except for those on iOS. ﻿Today marks a change as Microsoft is now offering those on iOS a chance to become an Office Insider.

Currently, only the Fast Ring is available for those using iPhone or iPad, which means a faster pace of release of preview builds, but also more chances there will bugs and issues. Because of this, Microsoft is also advising users that there will be the risk of running unsupported builds on their devices.

Also, the company has stated that only a limited capacity is available for this program. This means that if a participant is not actively testing or if it becomes necessary to reallocate resources, some participants may be removed from the program.

Finally, for those that would like to participate, be sure to submit your application. If chosen, be sure to save your files to the cloud, as Microsoft has warned that files saved to the device will be lost if a user opts out of the Insider program or if Microsoft terminates it.