Microsoft has updated its Windows Insider app to enable those participating to upgrade their Lumia devices to the latest available firmware without having to roll back first via the Windows Device Recovery Tool, which would normally require a data wipe.

Right now, the company says that firmware updates are only targeted at devices configured to receive production updates, or those not in the Windows Insider program. Microsoft notes that the Lumia 950 and 950 XL already require some 700+ country and carrier variants of the firmware (with more on the way); the teams responsible for getting the firmware out say that it will "take a few weeks to get this rolled out in a way that works for current and future firmware updates to Windows Insiders."

While the update experience is being fixed, Insiders will now see a new option in the Windows Insider app called "Production", allowing you to temporarily switch to that 'ring', and receive any firmware updates available for your Lumia device. Once updated, you will need to switch back to the Slow or Fast ring to continue receiving Insider builds or Cumulative updates; failing to switch back will result in no more updates.

The steps to do so are as follows: 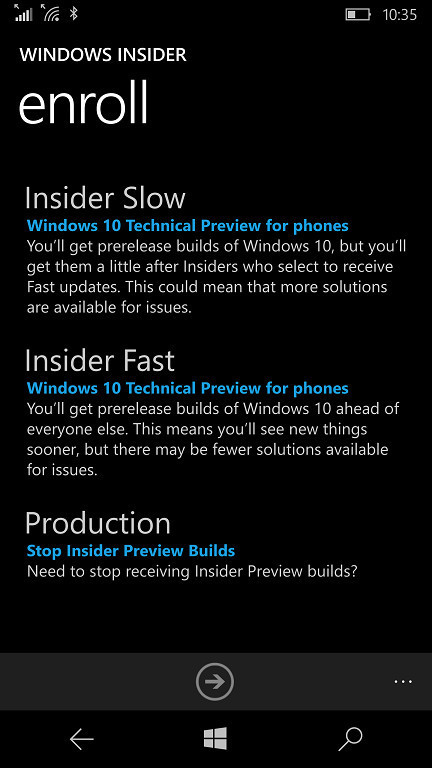 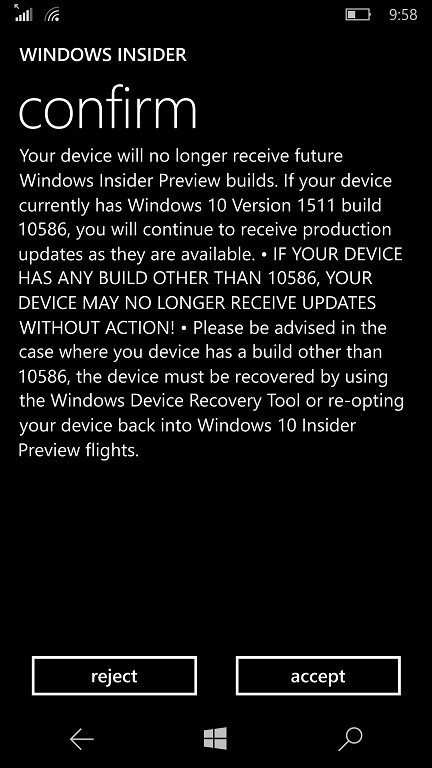 Microsoft also reiterates that some devices will have a firmware update available in select countries or on a particular mobile operator network, while other device variants may receive firmware updates at a later time. So by performing the above steps you will be able to check if you are indeed on the most recent firmware.

However, while this means that Insiders will be able to install available firmware updates without wiping their devices, Microsoft reportedly told its partners this month that the Lumia 950 and 950 XL would not receive their next firmware update until February.