Microsoft has announced a new adapter that will let you use the Kinect that came with your Xbox One with your PC. The device will cost you $49 and will allow it to work with Windows 8 and 8.1 machines via USB.

This move will likely appease those who bought an Xbox One that came bundled with the device as that peripheral has not gotten much love after Microsoft announced that they would sell consoles without the attachment. Seeing as this version of the Kinect is more widely distributed than the previous version, it makes sense to try to expand the use of the device for consumers. Although the adapter is not free -- which will likely prevent quite a few users from trying out the device with their computer -- it is cheaper than buying a stand-alone version of Kinect. 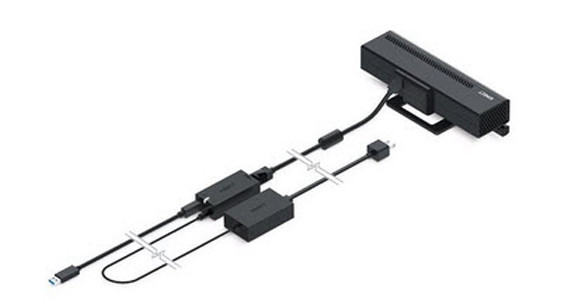 We will be curious to see if allowing this functionality brings any new apps to the desktop that make use of the Kinect. Even though the device has been available for the PC for a few years (if you add in Kinect V1 for the PC), not much has been done to convince consumers that they should buy a Kinect for their PC.

To help get the app party started, there are a couple apps that are launching with the new adapter:

This announcement is a bit of backtracking too for Microsoft, as in June of 2013, they said that the Xbox One Kinect was not compatible with the PC. But alas, here we are, with the Kinect for the Xbox One now working on the PC.

Finally, Microsoft is also releasing the Kinect 2.0 SDK which has over 200 improvements from its preview release back in June.