Today has been named as Star Wars Day for quite a few years now, as May 4th could be used to say, "May the Force (Fourth) be with you). Microsoft's UK division decided to post a message on the their Windows Phone Twitter account to celebrate the occasion, but apparently the person in charge has his sci-fi franchises slightly confused. 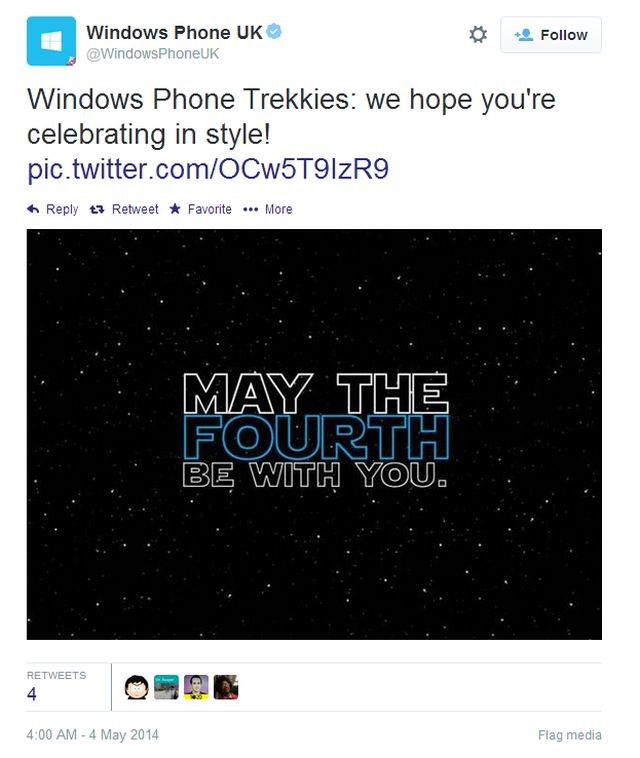 The post says that "Windows Phone Trekkies" should celebrate today, As nearly every good sci-fi follower knows, "Trekkies" is a term for fans of Star Trek, not Star Wars.

Some Twitter users are already taking the Windows Phone UK account to task for this geek faux pas:

.@WindowsPhoneUK maybe get a geek to word your geek-related tweets :-/ #trekkies

​At the time of this writing, Microsoft's UK office has yet to correct this error. Hopefully, someone over there will fix this issue and restore balance to the Force.

Thanks to Neowin editor Andy Weir for spotting this!