Cloud computing is a wonderful thing - except, of course, when you can't connect to the servers on which your files are stored. Unfortunately, many users are finding this out for themselves today, as there are widespread reports of people being unable to connect to Microsoft's OneDrive today. 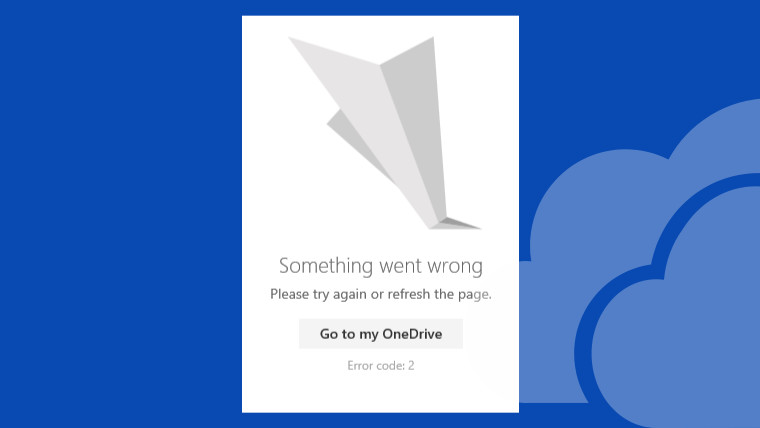 At time of writing, attempting to access OneDrive simply spits out an error message, preventing further progress. It's not clear if this is a complete worldwide outage, or if only certain markets or regions are affected. It appears that OneDrive for Business servers have not been affected by the outage.

Still, while you're waiting for OneDrive to come back up, you can amuse yourself by refreshing the page and seeing how many different variants of the error code you can spot, as @BAV0 pointed out on Twitter:

Some users have said that their access is now being restored - let us know below if you're still having trouble getting to your online files.

UPDATE - 6:25pm GMT: It appears that OneDrive is now coming back online for users in most parts of the world.

UPDATE 2 - 6:55pm GMT: Microsoft's @OneDrive account on Twitter has acknowledged the outage, and says that things should now be back to normal:

This morning some people had trouble accessing their OneDrives. This issue has now been resolved. Sorry for any inconvenience.