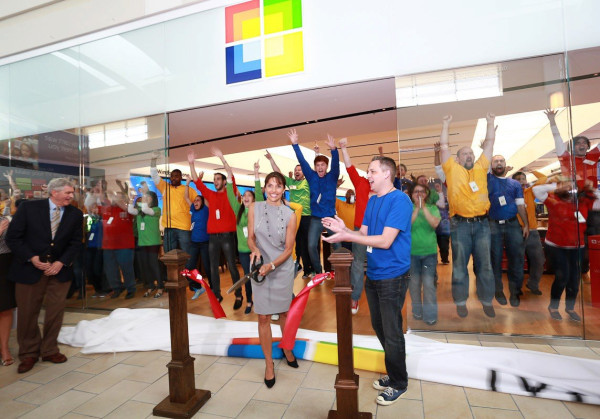 It's not quite time to start holiday shopping yet, but Microsoft has certainly been keeping busy with opening a new retail store locations ahead of the big fall and holiday shopping rush. Last week, Microsoft launched its Arlington, Virginia store and today the company did the same in Orlando, Florida at The Florida Mall.

The Microsoft Store Facebook page has images of the event, which is the 22nd brick-and-mortar location for the series of stores; nine more locations are listed as "coming soon" on the official Microsoft Store website.

The Microsoft Store division will get its biggest test later this year as Microsoft will likely be selling a selection of Windows 8 desktops and laptops at those locations, along with Windows RT-based tablets, including its own Surface product. That's not to mention items such as Windows Phone 8-based smartphones, Xbox 360 consoles and games like Halo 4 and more.