Microsoft may have its own retail website and more than 75 Microsoft Store brick-and-mortar locations in the U.S. and Canada, but the company apparently thinks it needs to expand its retail presence even more to attract shoppers. Today, Microsoft announced the launch of its own storefront on eBay. 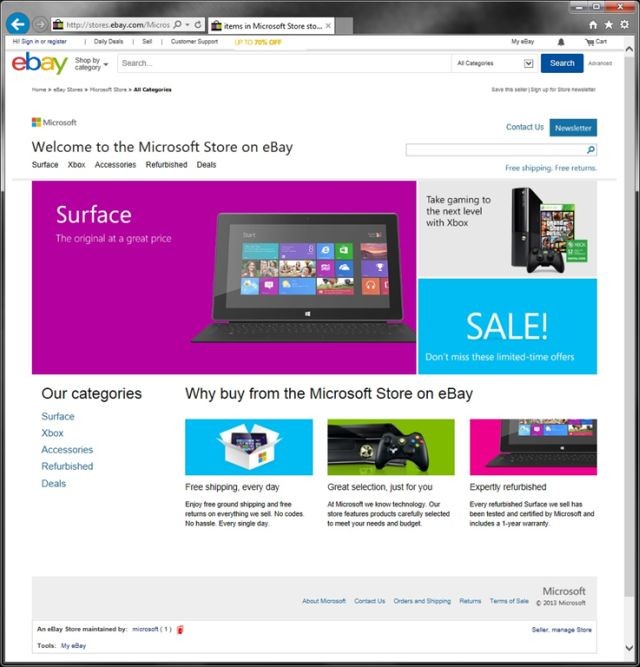 The Microsoft blog offers up more information on the eBay page, which is just for the U.S. version of the site, at least for now. It states:

By working with eBay, a top global shopping destination with more than 124 million active users globally, even more customers can now purchase their favorite Microsoft first-party products including Surface and Xbox, as well as accessories. Our customers can expect the same safe online shopping experience, return policy and free shipping from the Microsoft Store on eBay that they’ve come to expect on microsoftstore.com.

The eBay page has a rather limited supply of products compared to the main Microsoft Store site. For example, it is currently selling the first-generation Surface and Surface Pro tablets at reduced prices, rather than the current second-generation Surface products.  It is also selling the Xbox 360 console but not the upcoming Xbox One hardware. The eBay site also doesn't sell any software and no third-party Windows PCs.