Announced back in October, 2015, Microsoft's Lumia 950 and 950 XL met mixed reviews. Aside from having excellent cameras, the designs were boring and the hardware was somewhat dull.

But according to a new report from Windows Central, this wasn't always going to be the case. Most notably, the devices were originally going to have pen support, as you'll see from the video below.

In the video, you can see someone using what appears to be a Surface Pen with a Lumia 950. Assuming that it is indeed the same pen - and there's no reason that it wouldn't be - the device would have used Microsoft's N-Trig technology, rather than Wacom, which is what's used in Samsung's Galaxy Note devices and the original two Surface Pros. 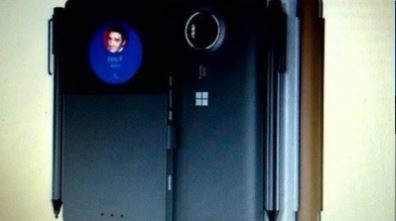 But pen support isn't the only feature that didn't make it into the final product. There was also going to be better support for smart covers. This would have shown the Glance screen on the top of the display, as well as other things, such as who is calling, as you can see in the image to the right.

According to the report, the handsets were also going to include some of the 3D Touch features that were going to be in the canceled Lumia McLaren handset. You can see a brief hint of the "Active Sides" feature at 0:32.

Obviously, the design hasn't changed very much, although there are some subtle changes. This isn't surprising given that these were early prototypes and concepts. Obviously, these features were all canceled at some point, although the report doesn't describe why that might have happened.

This isn't the first time that we got a peek at what might have been. A few months ago, we saw some screenshots of Gestures settings, which would have offered some other 3D Touch-style features.