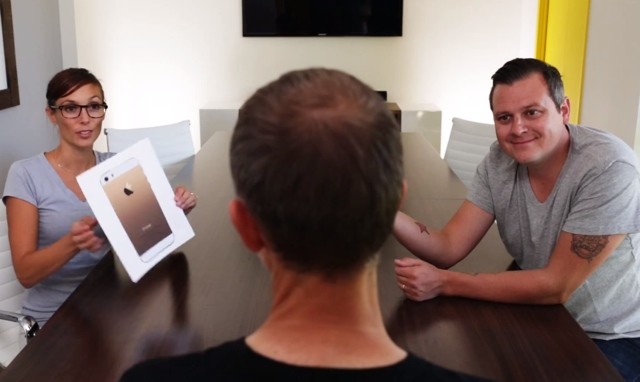 Microsoft admits its seven videos mocking Apple's new iPhone 5s and 5c were pulled for being in poor taste, a reaction that comes as no surprise given the fact that the videos were pulled within about two hours of their release on Friday.

The videos, which depicted two Apple employees pitching ideas for the new iPhones to Apple CEO Tim Cook, were met with resounding negativity from news outlets and social media users. In a response provided to news outlets, Microsoft said the videos weren't up to the company's standards.

"The video was intended to be a light-hearted poke at our friends from Cupertino," the response states. "But it was off the mark, and we've decided to pull it down."

The longest video, which spliced together moments from the other six videos, has since been uploaded by several YouTube user unassociated with Microsoft and can be found by searching for "Fly on the Wall," the name of the video series.

Microsoft’s misfire comes on the heels of well-received Windows Phone commercials pitting iPhone and Android users against one another. Additionally, Microsoft tweeted messages mocking the new iPhones during their announcements on Tuesday that were met with relatively positive responses.