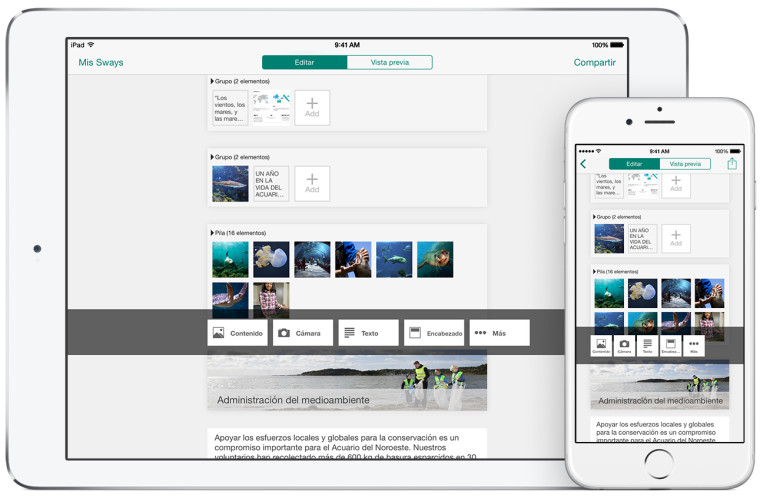 Microsoft's newest consumer Office service, Sway, was released as a preview in October, and now the company has plans to significantly expand its availability with more native apps.

As announced on Microsoft's official Office blog, a Sway app is now available for the iPad, with a Windows 10 app for PCs and large tablets scheduled for later this summer. The web-based presentation app already has an iPhone version, which has been updated with easier editing options also found on the iPad app. With the update, users can now quickly switch between the "edit" and "preview" modes at the top of the screen to easily add pictures, videos and text.

The iOS apps now support Office 365 work and school credentials as well, meaning users can log in with their business and education accounts, just as they would on the Sway website.

In addition to feature improvements, Microsoft says both the iPad and iPhone app are localized to more languages, including Dutch, French, German, Italian, Japanese, Portuguese and Spanish as well as English, which the apps debuted with. As a result of the language support, the Sway app is now available in 43 new markets.

Given Microsoft's release date of July 29 for Windows 10, the sway app should be available on or shortly after the operating system's launch, as summer ends in the U.S. the first weekend in September.