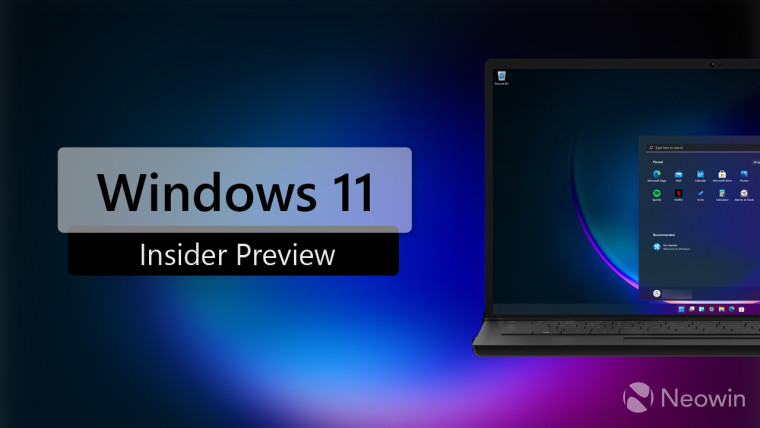 It’s a new week, which means it’s time for a new Windows Insider build. However, this time, it's Beta channel users who are receiving a new update in the way of Windows 11 build 22000.100. This is the first Windows 11 build being released for the Beta channel, giving users of that channel the first official way to run the latest generation of Windows.

The build heading out today is the one that was released to the Dev channel last week, which means that along with the complete new OS, users will be receiving all the fixes that have been made through the course of the Dev channel releases. These include tweaks such as the improved UI elements in the taskbar and other areas to better align them with the Windows 11 design language, a search box in the Start Menu, and more. This is to be expected since Beta channel releases are considered more stable.

It must be noted that the new Teams chat experience will not be enabled for Beta channel users yet. However, that should be enabled for those users soon. You can take a look at all the new Windows 11 features in our run-down here.

In addition to all the bug fixes and improvements, the build contains a bunch of known issues, some of which have been added since build 22000.100 was released. We have listed only the new known issues that the firm is adding to the latest build based on feedback from those running these builds – which happen to be close to 1% of the total number of Windows machines:

With the OS now being promoted to the Beta channel, it is a hint that the company is hitting a certain threshold of stability since Beta channel builds usually are more reliable. The company also notes that Dev channel users who wish to stay on more stable builds should move to the Beta channel now. However, this does not mean that the builds are ready for daily use on main machines since anything can go wrong with test versions.

Additionally, Dev channel builds aren't exactly tied to specific versions, so those who jumped onto the Dev channel just to try out Windows 11 have this so-called magic window to jump to a more stable channel to continue testing builds a step away from the bleeding edge. As for Dev channel users, the firm confirmed via a tweet that there will not be a new build this week.