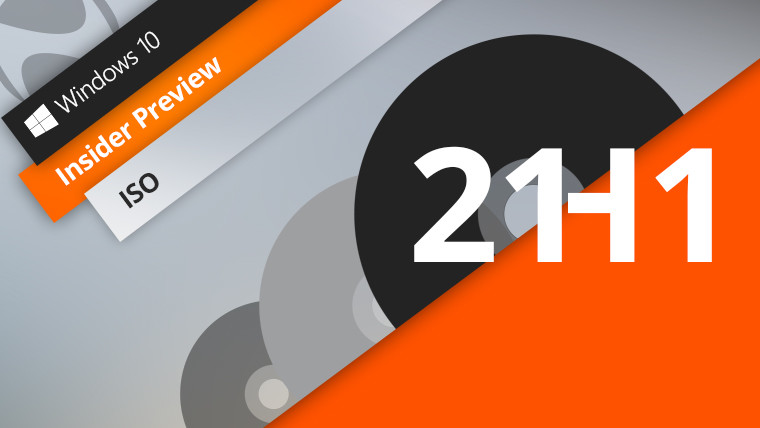 If you've been waiting to test out Windows 10 version 21H1 previews but were waiting until you can do a clean installation, today is your day. Microsoft released ISOs of Windows 10 Insider Preview build 19043 today, as that's the build that's in the Beta channel.

In fact, every ring, Insider and production, is using the exact same build right now, last updated for this week's Patch Tuesday release. Unless something changes with the enablement package somehow, this is exactly what will ship as Windows 10 version 21H1.

As for what's actually new in the update, there's really not much. It includes Windows Hello multicamera support, so you can set a default IR camera. There are Windows Defender Application Guard improvements, and Windows Management Instrumentation Group Policy Service improvements.

As for why this is such a small update, Microsoft blamed COVID, saying that so many people are still working from home and it didn't want to disrupt their work flow. The actual truth is that it's a minor update because Windows 10X is going to RTM in H1, so that's the focus. That's why we got two minor updates in a row, because Windows 10X was supposed to RTM last fall, and then it was delayed until this spring.

Anyway, if you want to do a clean installation of Windows 10 version 21H1, you can download the ISO here. Also available today are new preview builds (build 20308) of Windows Server, the Windows SDK, the Windows WDK, and the Windows EWDK.