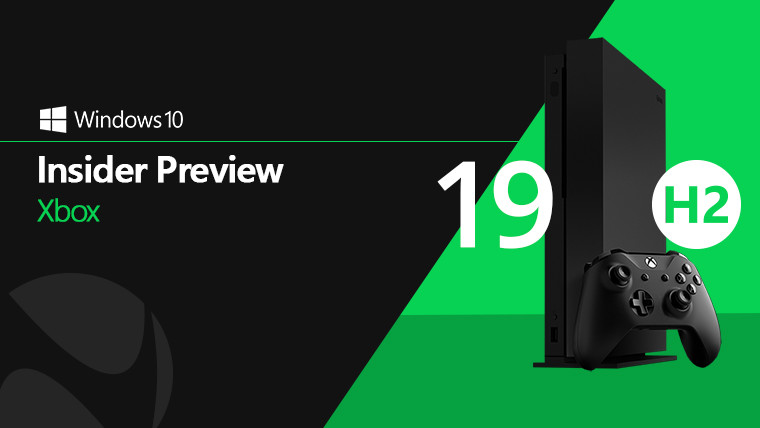 Today, Microsoft announced a new Xbox One Insider Preview for Preview Alpha members in the Skip Ahead subset of the ring. It's from the 19H2 development branch, which Xbox Insiders have been testing since March.

As usual, there are no new features listed. In fact, Microsoft hasn't listed any new features that are coming in Xbox One version 1910, the feature update that will arrive this fall. Part of the reason for this is because Xbox consoles get more frequent feature updates than Windows 10, so the features that are ready for the public go into those. Xbox Insiders that aren't in Skip Ahead are still testing version 1907.

What's particularly interesting about today's build is the build number: 18363.7004. As Microsoft confirmed a week ago, Windows 10 19H2 is going to come in the form of a cumulative update, meaning it will be faster to install but with fewer features. This was right in line with what the Xbox Insider Program has been testing for 19H2 up until this point, a serviced version of the 19H1 RTM build, 18362.

But it seems like things can be changing. Today's change certainly implies that when 19H2 is released later this year, it will be the first time that the major build numbers between Windows 10 and Xbox One have been different from each other. We've reached out to Microsoft for more information.