Back in May of 2021, Microsoft announced that it is retiring Internet Explorer (IE) in June 2022. With only a couple of months left for that, the company has decided to issue a reminder about the event in general, plus information about Internet Explorer mode (IE mode) that provides legacy support.

While most of it was already known since the previous announcement, Microsoft has also added some new details more recently. For example, in November last year, the company has clarified that a Windows 10 cumulative update will disable the IE desktop app and users will redirected to Edge instead. IE mode, however, will still be accessible as the underlying MSHTML (Trident) engine will keep functioning.

Speaking of IE mode, Microsoft has also revealed IE mode end of support timeframe for various Windows versions, which you can see below. 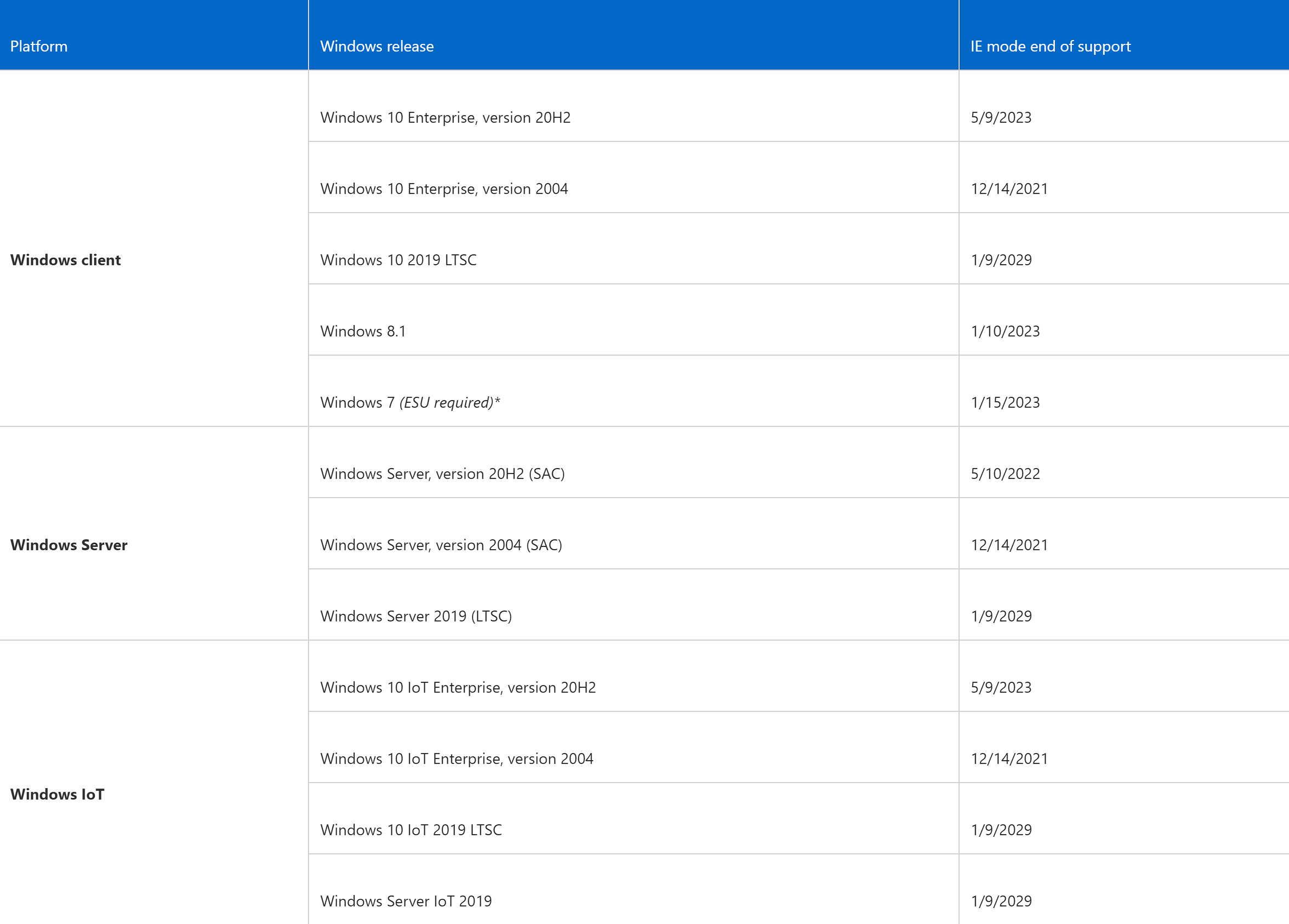 You can find today's announcement here.