The South By Southwest Festival in Austin, Texas, has grown from a music and arts event to one where tech companies can also display their products and software. That includes Microsoft, which has set up a temporary presence in downtown Austin which will be the location for, among other things, the official launch party for the Xbox One game Titanfall later tonight.

Microsoft is also giving away products at the location and this weekend the company went above and beyond to help another SXSW-based group in need. The group is called StartUpBus Florida, who traveled from that state to Austin beginning last week. The people on board were tasked with coming up with a tech startup while traveling on the bus, with the finalists pitching their idea to a panel in Austin.

Unfortunately, the group's Twitter page reports that a rental property that was housing the group in Austin was broken into this weekend, with a number of laptops stolen as a result.

One of the group's participants decided to sent a Twitter message to Microsoft's Windows account asking for help and on Sunday the company responded in force. Microsoft sent over new Windows 8.1 laptops from Dell and HP, along with Surface 2 tablets and Windows Phone devices. 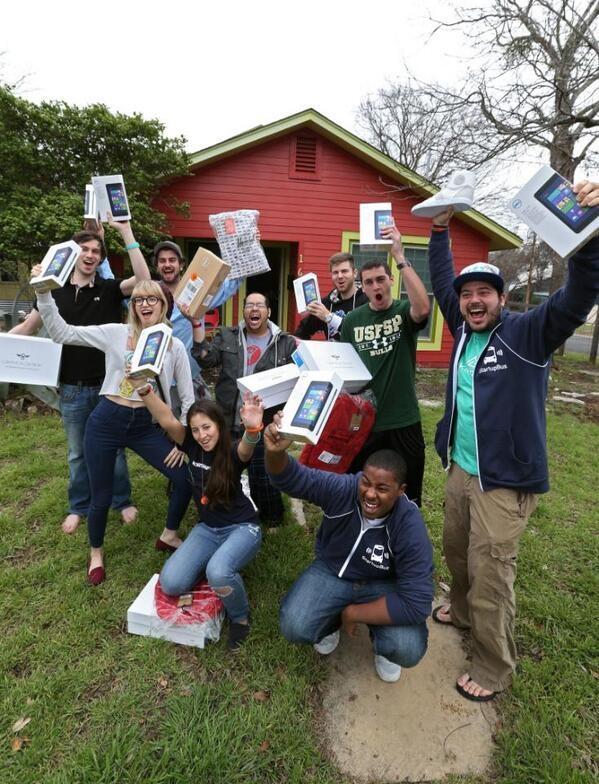 The free replacements were welcomed by the people involved in StartUp Bus Florida, according to this message from participant Ashley Mooney:

After getting our #airbnb robbed, the community rallied + got @Microsoft to save the day. Ty for #helpflorida pic.twitter.com/f1nB1elvS6

It's good to know that some companies will heed the call for help when needed and Microsoft certainly did for this small tech group.