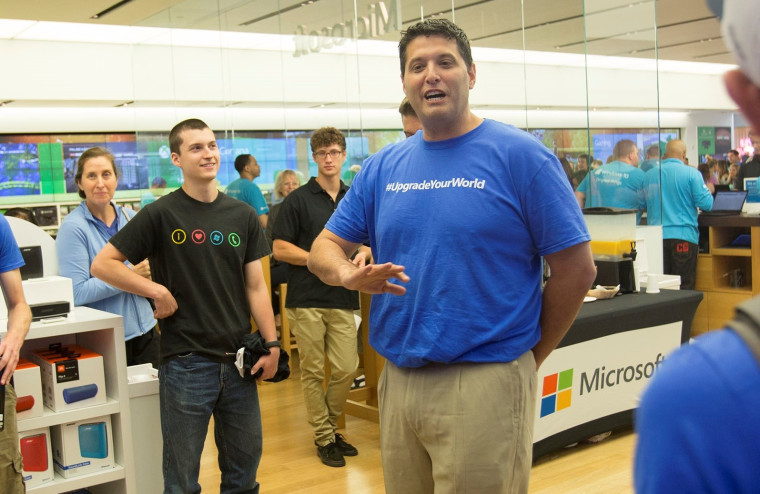 If you've been following the news coming out of Microsoft's annual developer conference Build today and you're a Windows phone fan, you're probably a bit disappointed, as the only reference to a Windows phone in the keynote was in a quick Skype demo.

"We're fully committed to that 4-inch screen, there will be a time for it to be our focus, but right now it's part of the family but it's not the core of where I hope to generate developer interest over the next year," explains Myerson. "There's no lack of recognition to realize how important that form factor is, but for Microsoft with Windows and for our platform it's the wrong place for us to lead."

He goes on to be brutally honest about the fact that if a developer wants to reach customers on phones, they don't go through Windows and that if they "wanted to do new and exciting things, then the Xbox and HoloLens is the place to have a discussion".

As Myerson noted, Windows 10 Mobile is part of a larger family called the Universal Windows Platform (UWP). UWP is what allows a developer to create a single app that will run on both Windows 10 PCs and phones, and beginning soon, Xbox One and HoloLens. For that reason, all UWP news could be perceived as Windows phone news.

There's no doubt that there is Windows 10 Mobile news out there somewhere. We'll just likely hear about it when Insider Preview builds are released.