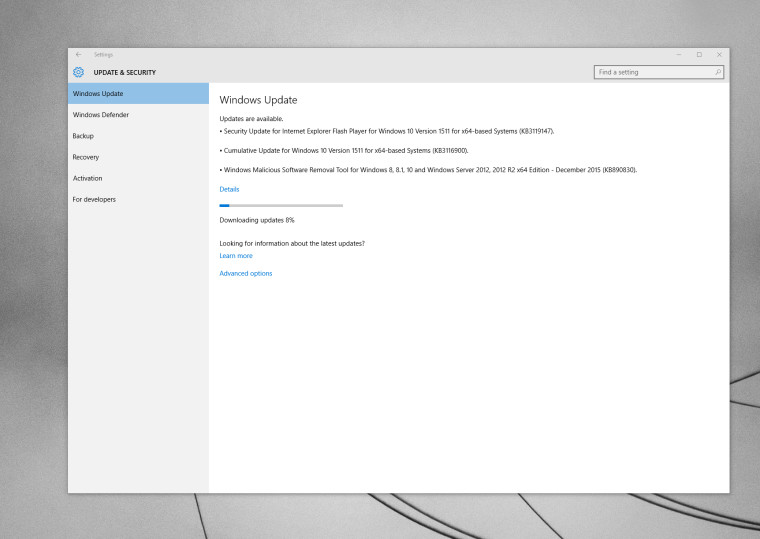 Microsoft today released another cumulative update to version 1511 of Windows 10 on PCs. KB3116900, as it's known, has the following changes:

Accompanying KB3116900 are a number of security patches and updates for Internet Explorer, Windows Defender, and the web browser's built-in malware protection. Interestingly, while even Adobe seems to have given up on Flash, Microsoft still has to continue support for the archaic web platform.

The update brings the build number of the PC chain up to 10586.29, the same as the latest Windows 10 Mobile build, which Microsoft made available to Windows Insiders a few days ago.

Earlier today, Microsoft released the same build as its first general update to the mobile OS for those not on the Insider program; 10586.29 is now rolling out to the Lumia 550, 950 and 950 XL - the only Windows 10 Mobile devices currently available - around the world.