It's been a while since Surface Pro 3 owners received a new firmware update. The last one to roll out was on August 29, which Microsoft said delivered a fix for earlier battery life issues on its high-end Windows 10 tablet. But a few weeks later, in mid-September, fresh complaints about battery life problems emerged from users who hadn't been affected by the earlier issues.

The first round of complaints focused on Surface Pro 3 tablets that shipped with batteries manufactured by Simplo, but the newer issue affected LGC batteries instead. Many of those affected said the LGC batteries were draining within a couple of hours from a 100% charge, but some reported that their batteries weren't charging at all, and others said they were completely unable to use their Surface Pro 3 unless it was plugged in.

Many users were convinced that the LGC battery problems were caused by the firmware update that resolved the issue for the Simplo batteries - a claim that Microsoft refuted. The company told Neowin on September 22 that it was working on identifying the cause of the problem, and developing a fix. Now, almost seven weeks later, that fix is finally available. 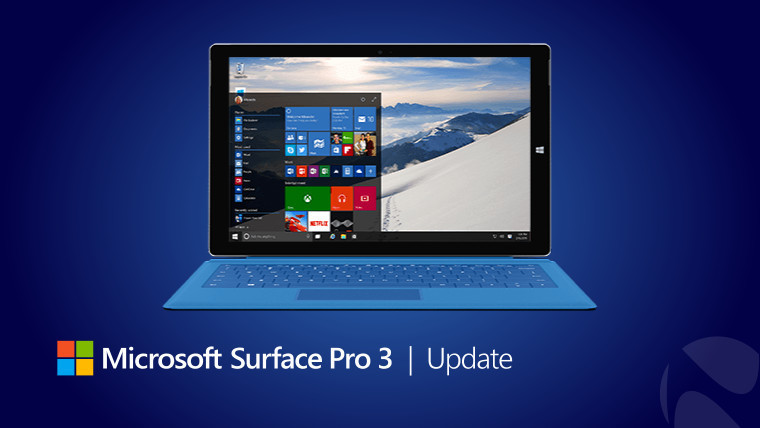 A new system firmware update, dated November 7, is now available for the Surface Pro 3. On its Surface Update History page, the company says that the update "corrects the firmware component that functions as a 'fuel gauge' so that the battery capacity is accurately reported".

In a more detailed explanation of the cause of the problem, Microsoft said:

On a limited number of Surface Pro 3 devices, an error condition occurs that causes the full charge capacity of the battery to be misreported to the operating system and device firmware. When this condition occurs, the system no longer charges the battery to its full actual capacity, and the Surface is unable to function on battery power.

It said that its latest firmware update "allows the Surface to once again leverage the maximum charge of the battery", adding:

Before installing, you should ensure that your Surface Pro 3 is plugged into AC power directly, not via the Surface Docking Station, and that all USB devices and external monitors are disconnected. Microsoft warns that you should "not disconnect from AC power while the system firmware update is being applied." Once the update is installed, you'll be returned to Windows, but Microsoft adds that "you'll need to do another restart for the new battery logic to take effect."

Microsoft emphasized that the batteries in affected tablets "weren't damaged in any way". The company also said that to ensure "the most reliable operation", the new update should be installed on all Surface Pro 3s, but added that "the new battery driver logic will only take effect on the limited number of Surface Pro 3 devices impacted by this issue".

Editor's note: This article was updated after publishing to correct a minor error in the first paragraph. Details of the LGC battery issue emerged in mid-September, not mid-October as was originally stated.