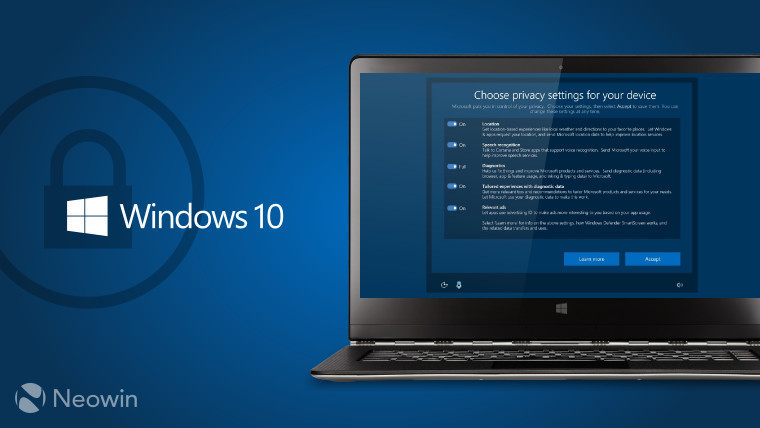 Yesterday, we reported that Windows 10 is sending your activity data to the cloud, even when you tell it not to. According to Microsoft though, this isn't quite the case. While they're called the same thing, Activity History means different things on Windows 10 and the Privacy Dashboard, because the latter covers all Microsoft apps and services.

"Microsoft is committed to customer privacy, being transparent about the data we collect and use for your benefit, and we give you controls to manage your data. In this case, the same term “Activity History” is used in both Windows 10 and the Microsoft Privacy Dashboard," said Microsoft's Marisa Rogers in a statement to Neowin. "Windows 10 Activity History data is only a subset of the data displayed in the Microsoft Privacy Dashboard. We are working to address this naming issue in a future update."

Microsoft says that there are two things that you can do to prevent your activity data from being sent to the cloud. One is to go to Settings -> Privacy -> Activity history, and make sure that "Let Windows sync my activities from this PC to the cloud" is unchecked. Also, you can go to Settings -> Privacy -> Diagnostics & feedback, and make sure that it's set to basic.

But remember, those settings will only affect data sent from that PC. Other devices, like an Xbox One or Microsoft apps on iOS and Android, will still send back data that will be reflected on the Privacy Dashboard.

Microsoft will be working on making it a bit more clear what's going on. You'll likely see Activity History changed to being called something else in a future update.