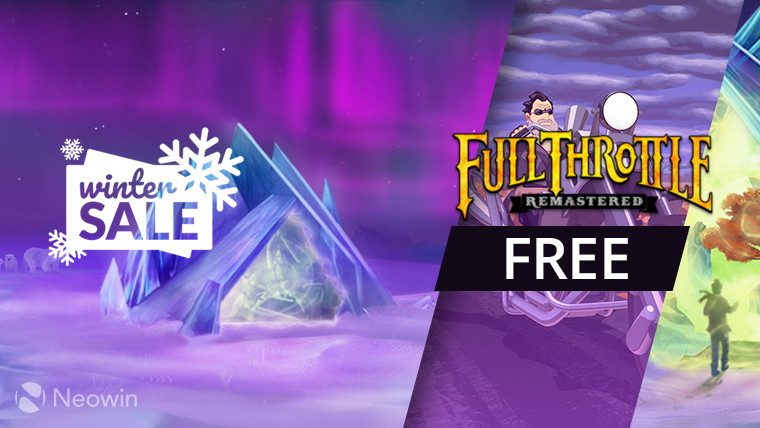 With the winter holidays approaching quickly, GOG has unveiled its yearly Winter Sale, complete with over 1900 different offers.

As with previous big sales on the site, you get an assortment of free games during the three week discount period. First off, there's the 1996 title Fantasy General at no additional cost with your first purchase, followed by the 2016 Sci-fi game EVERSPACE once you spend $15 in total during the sale. Furthermore, you can also take advantage of GOG Connect to import the following titles from your Steam library into your GOG library:

Beyond the 60% discount on titles like Stellaris, Ruiner, Hyper Light Drifter, and Kerbal Space Program, there's also a 70% discount on Darkest Dungeon, and 75% off Dragon Age: Origins - Ultimate Edition, Transistor, as well as Mount & Blade: Warband. Adding to that is a section dedicated to the return of Daily Deals, which are particularly big discounts that only last for 24 hours and are refreshed every day at 2pm UTC (that's 9am ET / 6am PT for folks in the U.S.).

Something that's a little more time sensitive is the free game you can get during this sale regardless whether you spend money or not. The title in question is a remastered version of the 1995 Lucas Arts graphic adventure game Full Throttle, created by Tim Schafer. If the name doesn't immediately ring a bell, he was also behind games like Brütal Legend, Psychonauts, Grim Fandango, and more recently, Broken Age. You can get Full Throttle Remastered for free until December 15 at 2pm UTC / 9am ET / 6am PT.