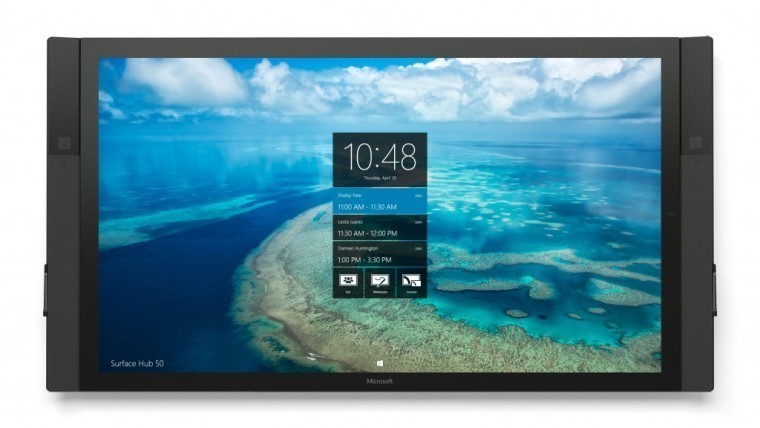 Microsoft's Surface Hub was first introduced in early 2015 and its demand has been exceeding expectations, according to the company. And for the first time, Peter Oehler, Director of Surface Hub engineering, presentied a comprehensive tour of the hardware and design of the product.

The Surface Hub is described by Microsoft as "an intelligent, multi-touch, large screen collaboration device with powerful and simple video and teleconference capabilities in one integrated package". Also, the company highlights the large screen with a fully immersive experience, best-in-class 4K resolution, and an optically bonded screen that supports 100-point touch and inking. Furthermore, the screen is complemented by a bunch of sensors, as stated by Oehler:

"The hub is designed to be intelligent, and aware, and ready for you to use as soon as you walk into the room. What makes this possible is an array of sensors including passive infrared sensors and ambient light sensors that wake the Surface Hub up from sleep." 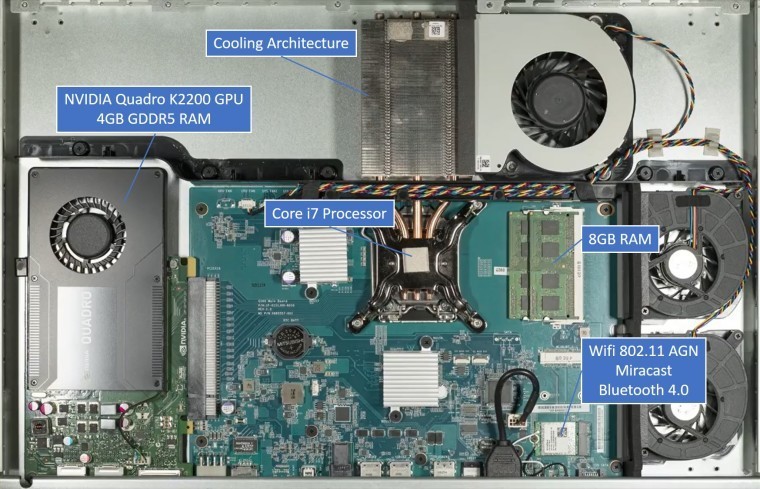 Finally, the tour shows off the Surface PC that powers the product, as you can see in the image above. Besides the wireless connections available, we are also shown other inputs which include: three display ports, two USB Type B, one HDMI and one VGA port; four USB Type A ports and one USB Type B for Touchback. Also, for output: one display and one audio port, plus a serial port for conference room control.

You can watch the complete Surface Hub tour below.