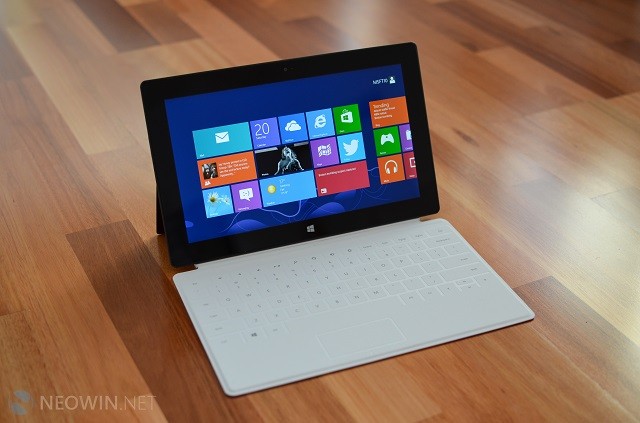 If you are headed to Microsoft’s Worldwide Partner Conference (WPC) next month and were envious of the $99 Surface offer at TechEd, Microsoft will be extending that offer to anyone who attends the conference.

The announcement was posted on Microsoft’s WPC blog and the offer is as follows :

From July 7th through July 11th, 2013, WPC attendees will be able to purchase Surface RT and Surface Pro for:

It seems to be clear that Microsoft is trying to clear inventory of these devices and we fully expect that an updated Surface will be announced at BUILD later this month.

The new device is rumored to be using a Qualcomm chip and may come in a smaller size too. We don’t have to wait too much longer as BUILD kicks off next week and we should be able to get a first look at the device.

Either way, a Surface RT for $99 with a touch cover is a great buy and we know that many will bite at this opportunity.