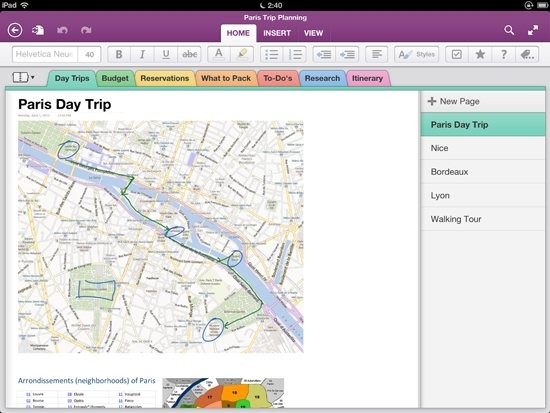 Microsoft has released new updates for both the iOS and Android OneNote apps and both ports share some new features and improvements that have been put into the popular note-taking program. The iOS app is available to download on iTunes while the Android app can be accessed on Google Play.

The official OneNote blog has the details on what's been included in each update. Both the iOS and Android versions will now allow notes to appear the same across all of the devices and platforms (Windows, Windows Phone, Android, iOS) that OneNote supports. The updates will also render ink on Android and iOS apps. The updates also allow for notebooks to be viewed on Office 365 as well as a way to search for notes from within each app.

In addition, the iOS OneNote app update includes some formatting options. The Android app adds support for taking audio notes along with a way to add OneNote widgets to the home screen. While this is not mentioned on the OneNote blog, an email from Microsoft also says that the iOS and Android apps can now take an unlimited amount of notes for free with these updates. Previously, the apps could only take 500 notes for free.