Microsoft's cross-platform software strategy has been well-documented in recent years, with notable recent examples including its launch of Cortana as a beta on Android, and Office on Android and iOS. But the company has also been rolling out some highly specialized apps, like Send - an app that attempts to merge the best of email with instant messaging - which is also available for its two largest rival platforms. 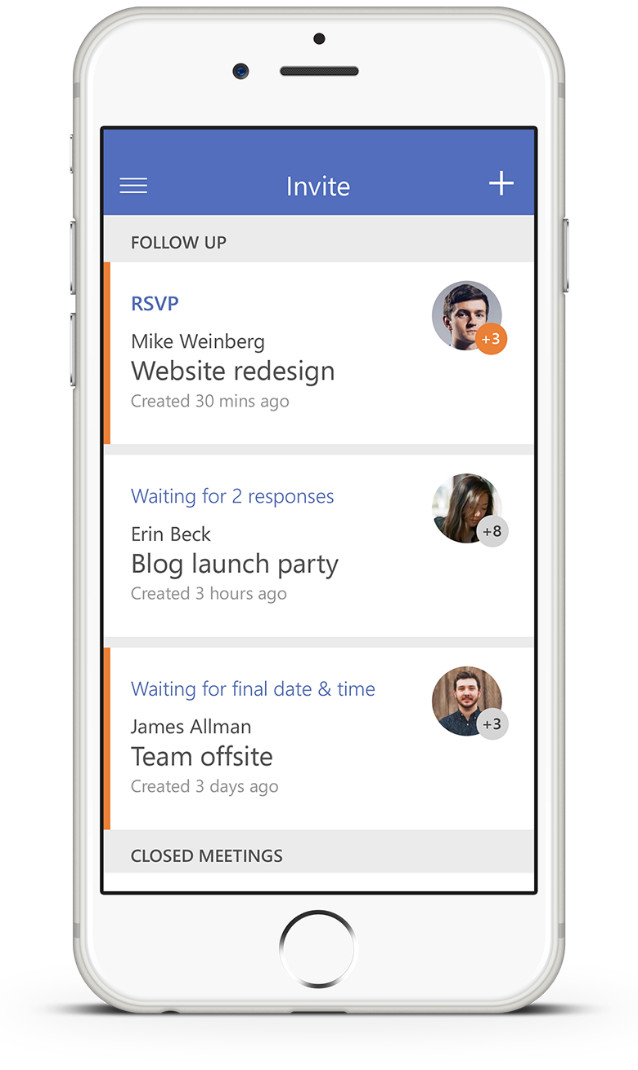 Today, Microsoft has released another app - this time from its Microsoft Garage creative 'skunkworks', which develops various pieces of experimental software, often with the intention of testing out features that might later appear in other applications. The new app is called 'Invite', described as "the easiest way to organize meetings on the go", which makes it the latest example of Microsoft's strategy to improve productivity on mobile devices.

Microsoft's blog post explains exactly what the app is for:

Invite is designed to overcome the biggest obstacle when scheduling meetings—not being able to see the calendars of attendees outside your organization. As a result, your proposed meeting can be repeatedly declined until you find a time that works. Invite simplifies this by letting organizers suggest multiple times that work for them and attendees can pick from those suggestions. Invite also shows everyone what times other people have said are good for them.

...and from the way it describes the app's functions, it sounds pretty easy to use:

The way Invite works is simple:

Invite is available now for iPhones in the US and Canada, but Microsoft says it's coming soon to Windows Phone and Android handsets. Further details - including FAQs - are available via the source link below.