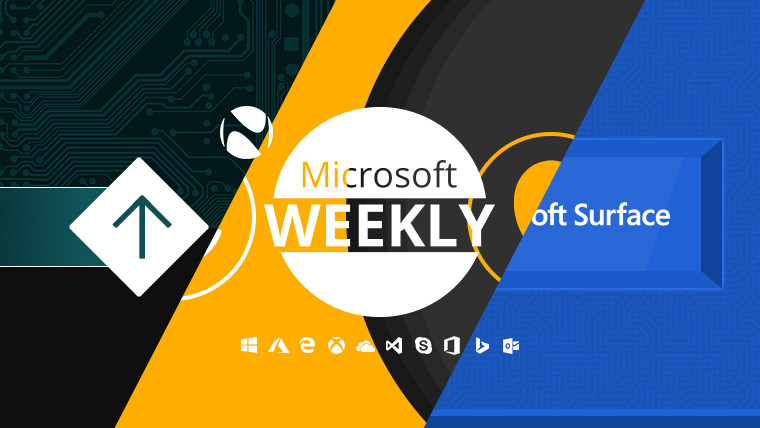 There was a big focus on gaming accessibility from Microsoft these past seven days, as well as some worthwhile Windows 10 updates and intriguing Surface developments. All that and more is below in your Microsoft digest for the week of May 12-18.

Games, as well as the way people play them, have been two pretty important subjects for Microsoft this past half of a fortnight. 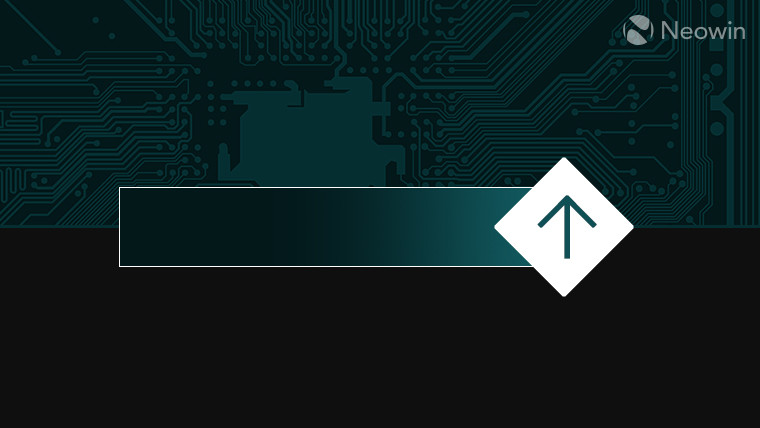 Arguably the biggest news was the initial leak of an Xbox One controller designed for players with disabilities. While folks threw puzzled looks at the oversized, turntable-looking A and B buttons, the confusion surrounding this peripheral was dissipated soon enough. A couple of days later, Microsoft revealed that this was the Xbox Adaptive Controller, also cluing people in that the two giant buttons were actually remappable. Furthermore, the controller – which is available now - features an array of 3.5mm connectors and a USB Type-A connector on either side.

Also available now is the 1805 feature update for the Xbox One. While it’s been in testing for the most part of this month, it’s finally being made accessible to everyone, bringing a 120Hz refresh rate setting, the ability to organize apps and games into Groups, and much more.

What won’t be accessible after the end of May are certain titles for Xbox Game Pass subscribers. The Redmond giant is removing no fewer than 21 games from the subscription’s lineup, including the BioShock trilogy, Blood Bowl 2, XCOM: Enemy Within, and others. As the service is being positioned pretty much like the Netflix of games, it should be no surprise that it operates in a similar manner when it comes to content licensing.

All is not lost if you want something more permanent for your game library, since Deals with Gold has you covered. Discounts go as high as 85% for Hyperdrive Massacre, or 75% for Dragon Age: Inquisition – Game of the Year Edition to name only a couple. Games with Gold aren’t half bad either, as Metal Gear Solid V: The Phantom Pain is free on the Xbox One from May 16 to June 15, and Vanquish costs a similar zero dollars on the Xbox 360 between May 16-31.

Pirates of legend or mere landlubbers have reason to be happy too, given that update 1.0.7 for Sea of Thieves has at long last showed up. Besides the UI changes related to the health bar, chests, and clothing, we also now know that The Hungering Deep feature update for the game is coming on May 29. To hold us over, Rare has released a spiffy new trailer to watch.

The last bit of news concerns No Man’s Sky, which is getting full multiplayer functionality in July, as well as an Xbox One release on the 24 of the aforementioned month. For something a little less far away, you can check out State of Decay 2, which got an interesting review from our very own Pulasthi Ariyasinghe.

To some the best, to others nothing but a pest, updates are no less part of the software development cycle. The product of no mere coincidence, a variety of Windows 10 flavours have been updated this week. 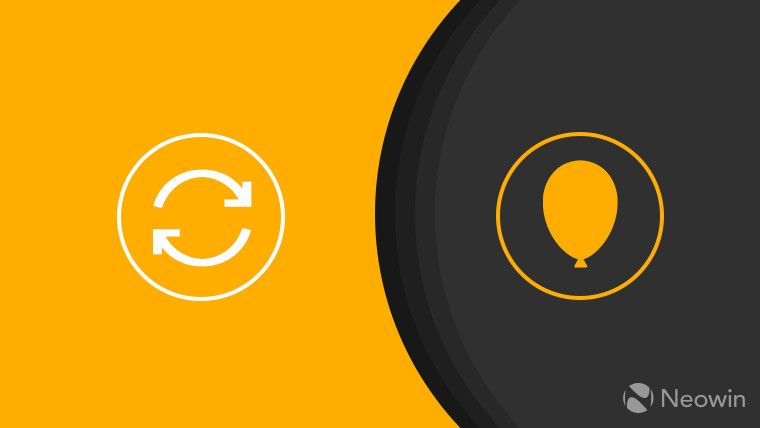 We’d best start off with people running stable versions of 10:

Flipping the page to those in the Insider program, we get build 17672 in the Fast ring, which brings improvements to the Windows Security Center (WSC). Specifically, there is now a requirement in place for antivirus programs to run as a protected process. If they do not, they won't show up in the WSC UI, and Windows Defender will remain active until this is rectified. The good news is that the behavior can be disabled via a registry key and subsequent reboot.

There are of course fixes for things like right click > copy not working in Edge in previous builds, as well as Timeline and Task Manager improvements, among others. In terms of known issues, they are largely the same as previous iterations, gravitating towards Windows Mixed Reality and the Office – Sets integration. A standout feature – listed as a fix - is support for same site cookies in IE and Edge, meaning further protection from cross-site request forgery (CSRF) attacks.

Finally, the Windows Server 2019 Insider preview and Windows 10 SDK have both gone to the dexter side of the force, being bumped up to build 17666. While the former has brought improvements to Storage Spaces Direct, the latter has made changes to the Message Compiler, deprecating certain parameters.

The Surface has gone from its initial table-like appearance to something a little smaller, then it regained its previous proportions with the Surface Hub and now, it’s rumored to be getting smaller. Again. 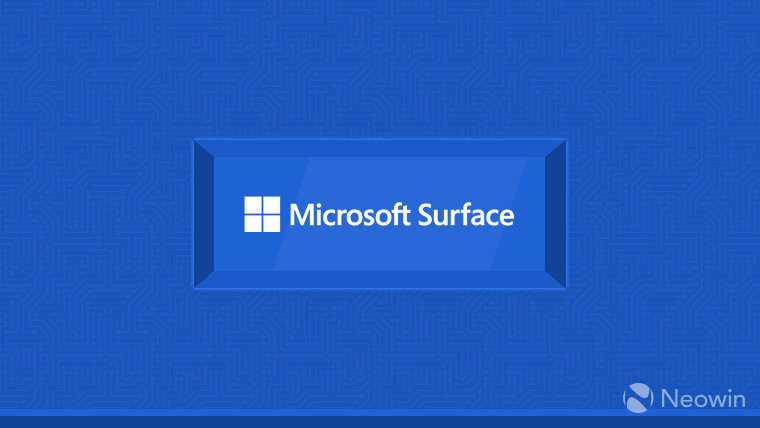 Since the Hub got a mention above, it’s worth noting that the second generation in all its 50.5-inch glory will be available in 2019. The business collaboration device has been upgraded with a 4K screen, and the ability to work in a configuration of up to four side-by-side (landscape or portrait). In other words, it’s something like a multi-monitor feature, only for a device with very slim bezels and a rather huge surface area.

On the opposite end of the spectrum, Microsoft is rumored to be launching a number of lighter and less expensive versions of its Surface Pro hybrid , seemingly not too different from the discontinued, regular Surface tablet. The report cited emphasizes an up to 20% weight difference between the Pro and the upcoming devices, coupled with 64 or 128GB of internal storage, USB Type-C, and LTE connectivity support. A price point that’s being rumored at the moment is around the $400 mark. You can click here to check out why our very own Rich Woods thinks these devices make no sense at all.

In a bit of good news for Surface Laptop owners, the clamshell device has gotten a firmware update which enables docking compatibility. This is of course referring to the Microsoft Dock, since the Laptop is using a proprietary Surface Connect port.

Hot corner is section of The Fast Ring dedicated to highlighting five Microsoft-related stories that haven’t been covered over here, but might be of interest.​

Folks who have installed the April 2018 Update for Windows 10 but are curious about security in light of the pair of Intel vulnerabilities, this news is for you. 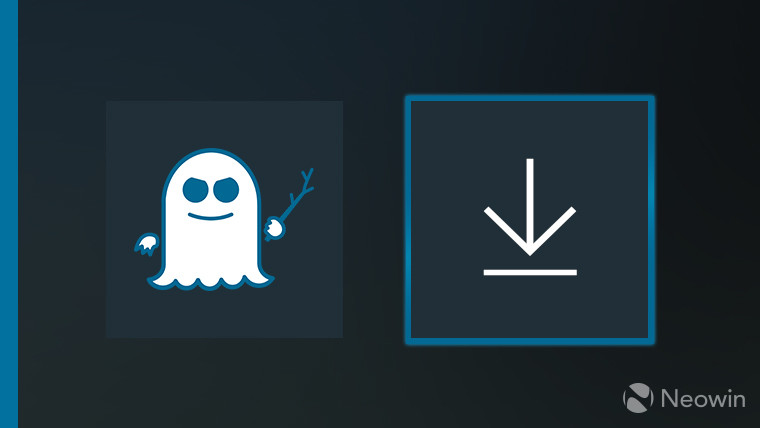 Intel has previously released microcode updates for its sixth, seventh and eighth-generation chips to address both the Meltdown and Spectre vulnerabilities. Microsoft followed suit by pushing these updates to systems running the Windows 10 Fall Creators Update (1709).

Now, those on the April 2018 Update for Windows 10 or Windows Server 2016 have gotten the same protection – this time specifically relating to variant 2 of Spectre – via KB4100347. It can be obtained either automatically through Windows Update, or manually through the Update Catalog.

Missed any of the previous Microsoft Weekly columns? Click here to catch up!