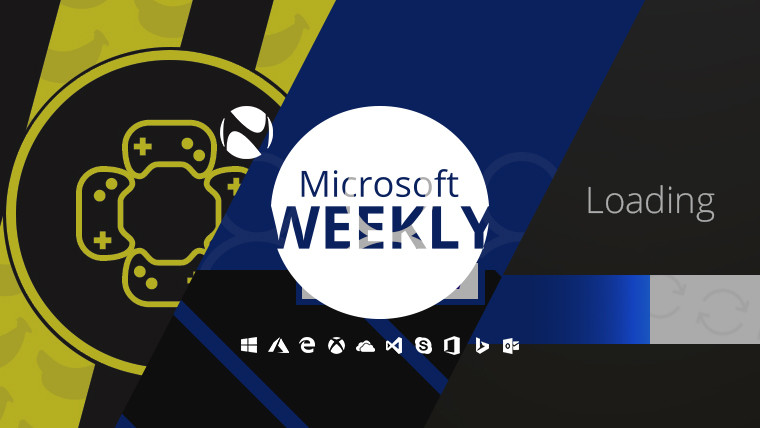 We’ve had another week packed with news, updates, and everything in-between from the Redmond campus. From bananas for gamers, previews for Windows, and updates for everyone else, they’re all here in your Microsoft digest for the week of March 10-16.

Playing games has always had some element of reward, be it points to level up or various golden things to act as currency. That said, none have been quite this fruity before. 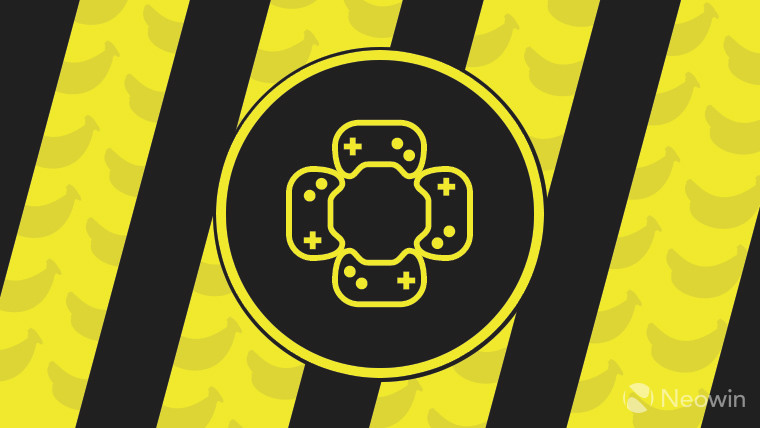 Continuing the theme of loot and legendary treasures, Microsoft has uncovered Sea of Thieves’ The Quest for the Golden Bananas, a competition which will see one lucky four-player team take home a bunch of golden bananas. We’re not talking any run of the mill fruit here, but four bananas made out of solid 18-carat gold, a fitting treasure for any respectable seafaring thief – if there is such a thing. That said, the contest is only open to those in the UK, U.S., Canada, France, Germany, and Australia, so pirates from everywhere else are out of luck. Though probably of not much consolation, you can get Sea of Thieves free of charge upon purchasing the Xbox One X, but for a limited time only.

Who needs shiny fruits when you have Deals with Gold though? For example, those who enjoy simulations can snap up Farming Simulator 15 at a 75% discount on the Xbox 360, or Farming Simulator 15: Complete for the same price cut on the Xbox One. There are obviously more deals with different price reductions, as are freebie titles for those with an Xbox Live Gold subscription. If you have this subscription, you’ll be able to grab Superhot on the Xbox One between March 16 and April 15, as well as Quantum Conundrum on the Xbox 360 between March 16 -31. Owners of the latest Microsoft console family can also rejoice since Axel & Pixel, Metal Gear Solid Peace Walker HD Edition, and Tom Clancky’s Ghost Recon: Future Soldier have all been added to the Backward Compatibility list.

The Xbox version of one of the biggest FPS titles at the moment, PlayerUnknown’s Battlegrounds (PUBG), has gotten a few bug fixes in its latest update, mere days before breaking the 5 million player milestone on the console. Updates however, were not issued just for the game, but also for the hardware itself.

Insiders in the Alpha Ring got version 1804.180311-1900 – part of the upcoming 1804 System Update -, which added Variable Refresh Rate, and Auto Low Latency Mode in the video settings. Since it’s in alpha, there are more issues than there are fixes, but Insiders should know what they signed up for. If you’re looking for something perhaps more stable, 1804.180308-1900 awaits you in the Beta ring with a few fixes but no new features.

Folks who don’t necessarily want to get tangled up in all this Insider business can look forward to new Xbox Live Avatars reportedly launching sometime in April, following a long delay. These will allow further customization than before and are reportedly being created using the Unity engine.

And if none of that piques your interest, how about a severed thumb? No, it’s not as morbid as it sounds, rather this is part of the State of Decay 2 Collector’s Edition. Along with this pretty cheeky USB stick (or rather, thumb drive), you get a zombie mask, a SteelBook case, a “human brain” stand for the case, a State of Decay iron-on patch, and that’s about it. What about a copy of the game, you say? You’re not getting that.

You are getting the opportunity to watch Microsoft’s biggest E3 conference yet, in a brand new location however. It all kicks off June 10 at the Microsoft Theatre in LA. Very exciting.

Previews are among us

As much as we enjoy the things we have now, how about what’s coming next? How about a preview? For those interested, there are plenty of those to choose from. 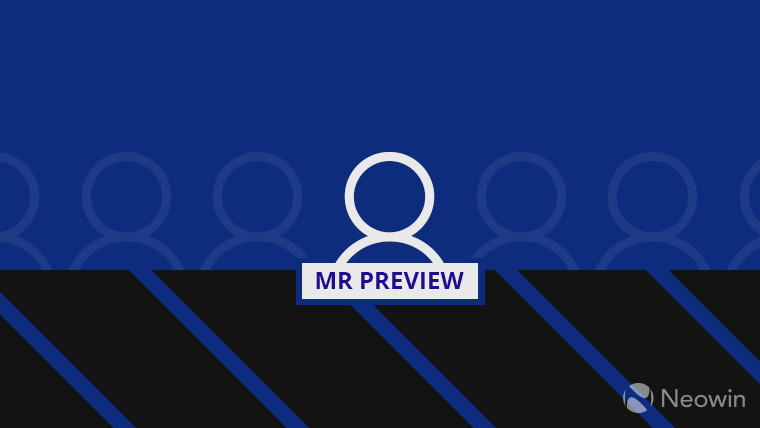 The it-which-hasn’t-been-named update to Windows 10 is reportedly on track to arrive next month, complete with support until October, 2019. In the meantime, you can play around with build 17120 in the Fast ring, which brings some Windows Defender Application Guard improvements, and rather puzzlingly, a few highlighted issues with Mixed Reality. The latter takes center stage in the list of issues to be aware of in this build. But wait, there’s more.

Leaving only a few days worth of pause, Microsoft then released build 17123 to the Fast ring, unveiling the HEIF (High Efficiency Image File) format in the Photos app. To try this, you must be in the Windows App Preview Program, and on the March release of Photos (version 2018.18022.13740.0). Naturally, there are some fixes and some known issues, the latter of which pertain to Windows Mixed Reality and phone-PC linking.

In case you’re on an older build and want to catch up quicker, ISO images for Redstone 4 build 17115 are available, as is the same build of the SDK. Of course, people in the Slow ring were also prompted to download and install a new build this week, namely 17120.

Insiders lucky enough to be in the Skip Ahead ring got build 17623, which beyond the aforementioned Windows Defender Application Guard and HIEF file format additions also introduced a ‘safe remove’ experience for external GPUs – much like the Safely Remove Hardware aspect for USB devices, for example -, and a new layout for privacy settings during setup. Known issues for this build are related to the Settings app, OneDrive, and the all-important Emoji Panel keyboard shortcuts.

Rather interestingly, Windows Server’s Project Honolulu maintenance platform got updated to version 1803, with the accompanying Remote Server Administration Tools (RSAT) being bumped up to build 17108. Those who are curious about Visual Studio’s future were also given something to play with, thanks to version 15.7 Preview 1, which brings loads of improvements related to debugging and diagnostics, C++, Visual Studio Tools for Xamarin, and much more.

Since we’re on the subject of updates, what about everything else out there?

Updates cause no dramas

Remember the thing from last week about change being constant? Well, it’s still valid on this occasion, though perhaps to not quite such a large extent. 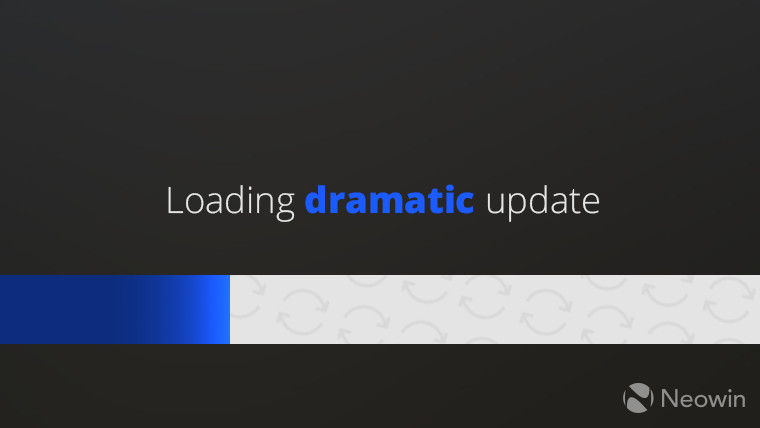 Users on iOS who enjoy using the beta version of Microsoft’s Edge browser will be happy to find out that this week, it’s gotten support for the iPad. Update version 41.12 (12.0.0) also offers an improved sign in/out experience, coupled with performance improvements. It needs to be said however, you have to be in the beta program on iOS to have this update available. If so, head to Apple’s TestFlight app to get your update.

Unsurprisingly, Windows 10 Mobile was not present in the patch festival on Tuesday, but it did actually get an update, even if it was three days later. Build 15254.313 for those running version 1709, or the Fall Creators Update, fixes the PDF rendering issue in Edge that was introduced by last month’s Patch Tuesday. PDFs in Edge for those running version 1703 remain broken.

We end this week with some good news for those eager to finally see the new Outlook.com UI in all its glory. 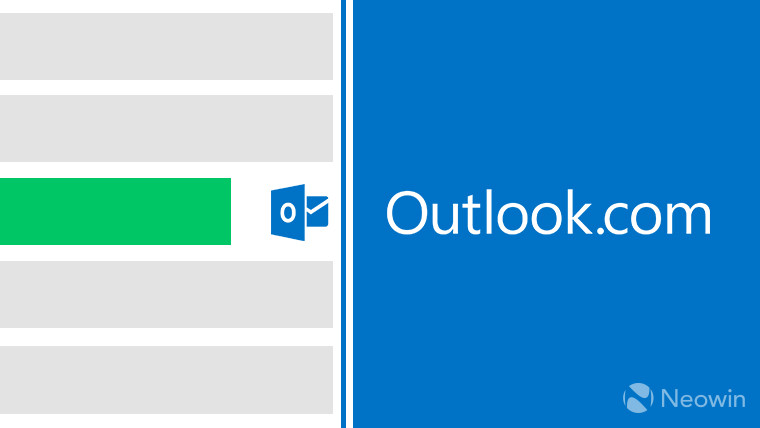 What started out in August of last year with a few users and the promise of better performance, plus a refreshed user interface, seems to finally be nearing general availability. Although yes, the usual vague “in the coming weeks” timeline has been provided, the new version of Microsoft’s mail service does feature a number of worthwhile improvements over its predecessor.

The addition of icons to accompany tabs like Inbox or Drafts may seem a tad puzzling, but that specific pane is collapsible. Nevertheless, in the case of reactions to any user interface updates, the outlook remains uncertain. At least there are some interesting themes to choose from.