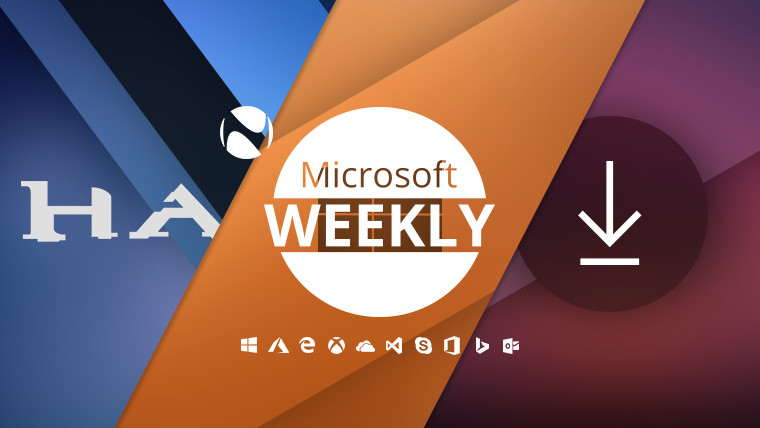 This week we got a number of 20H1 builds, as well as confirmation of Halo: Combat Evolved heading to Insiders for testing early next year. A number of app updates have also rolled out, and the November 2019 Update has finally been added to the Update Assistant. You can find that – as well as the usual little bit extra – below, in your Microsoft digest for the week of November 16-22. 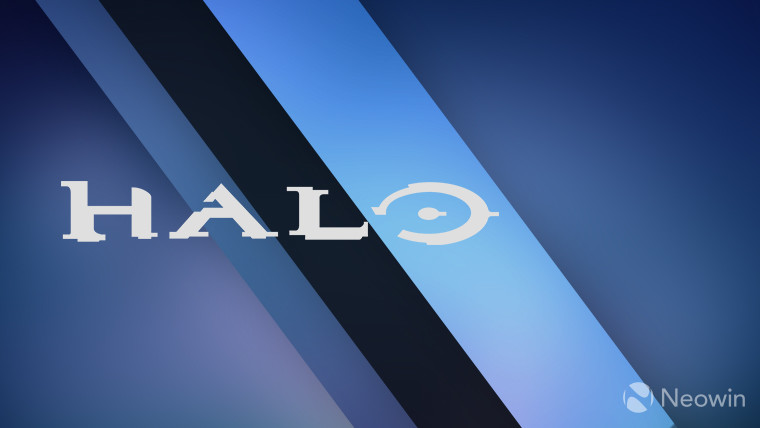 Before we get to the title of the section, it’s worth mentioning that Obsidian has pushed out an update to The Outer Worlds, containing a number of fixes, as well as font resizing capabilities. This is patch 1.1.10 and it should already be available to folks on console and PC, weighing in at about 2GB.

Also updated was Sea of Thieves, receiving its Seabound Soul free update. This one adds a new Tall Tale (story quest), as well as a new explosive type of ammo dubbed Firebombs.

Moving on to Halo, 343 Industries confirmed that the soon to be launched Halo: Reach rework for both PC and console (as part of the Master Chief Collection) will ship on PC with uncapped frame rates. For those that haven’t caught the announcement during X019, Halo: Reach is launching December 3.

Of course, since Reach is now done, Insider testing will move on the next game in the overall story timeline – not in terms of release -, which is Halo: Combat Evolved, specifically the Anniversary edition. Don’t get too excited yet though, as testing will begin after the holidays.

It’s worth also mentioning State of Decay 2, which will arrive on Steam in early 2020, though no specific date is known besides this release window. The title follows other first-party games like Gears 5 in its expansion from the Microsoft Store to other storefronts.

If you’re on the Xbox One, the system will now give you a shortcut to install the games your friends are playing, so you can more easily check out the game. Also new are expanded Quest types for Xbox Game Pass, as well as improvements to notifications. The whole quest experience requires that you be a subscriber of the service on either console or both platforms (via Game Pass Ultimate), as well as an Xbox Insider. It lasts until December 19.

Last but not least are improvements to Mixer, specifically concerning clips. Partnered streamers can now control who can make clips of their gameplay – having the possibility to tie this feature to a specific Channel Progression Rank. There are also improvements made to the previewing and trimming of clips, and all these features are available now. 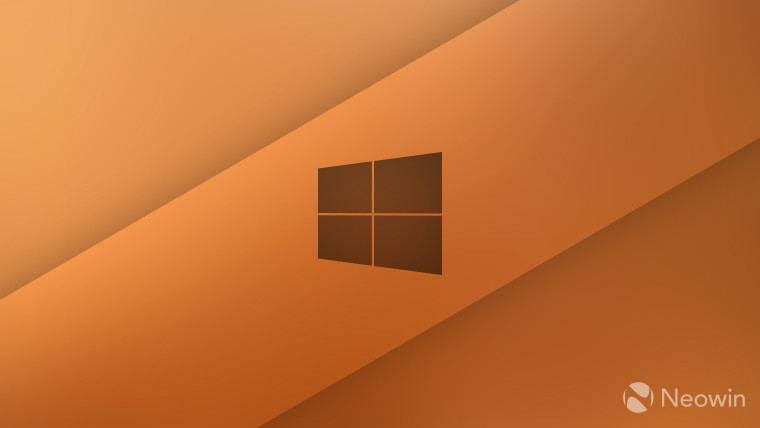 With 1909 or 19H2 out of the way, Microsoft is now focusing on finishing 20H1, and by the looks of it, the next feature update is very close to being done.

Speaking of, build 19028 was released to the Fast ring on Wednesday, featuring a number of reliability fixes. Long install times, problems with anti-cheat software, and Settings not being able to be launched via the shell are all known issues, but they have been for a while. New known issues are those related to some external USB 3.0 drives not responding, and printer driver install problems.

Hot on the heels of the build above, build 19025 was released for the Slow ring this time, although it contains no new features. It’s a serviced build, namely 19025.1051, and it’s only the second ever from the 20H1 branch to hit this ring. What it translates to is that the next feature update for Windows 10 may just be ready to RTM next month, as per current rumors.

Lending even more credence to the RTM rumors is build 19030 which was pushed out to the Fast ring on Friday and removed the Insider watermark. This has happened a few times in the past closer to a version of Windows being feature-complete. It of course contains fixes as to be expected, ranging from patches for apps not maximizing properly to issues resetting Microsoft Account PINs for signing into a device. The known issues are still identical to 19028.

Also on Friday we saw the release of build 19025.1052 to the Slow ring, containing a small increment in the revision number, and most likely being a test for servicing 20H1. Other than that, it contains no changes.

There’s also build 19023 of the SDK preview, which contains a number of updates to tools like the Message Compiler, as well as a streamlined process of digitally singing apps via Device Guard Signing. The same APIs listed last week are also present in the “Breaking Changes” section.

And lest we forget, there’s a Server Insider build as well, identical in number to the SDK one. Unfortunately, there are no new features listed. 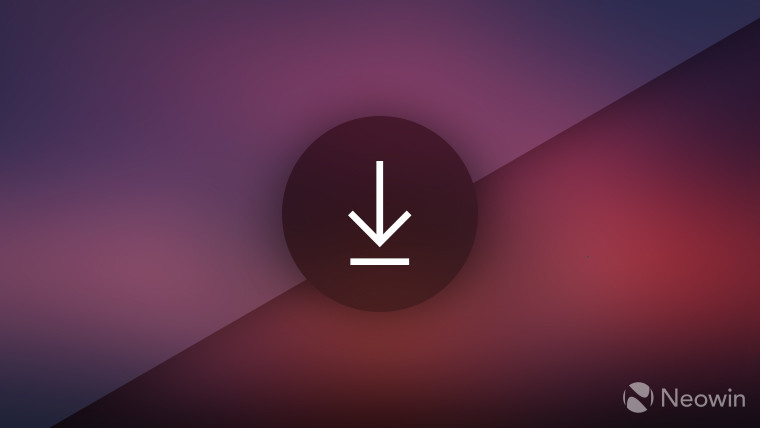 In case you’re using Microsoft apps on other platforms, or indeed third-party apps on Microsoft platforms, it’s worth taking notice of the most recent set of updates for said apps.

First up is Microsoft To Do on iOS, which now supports rich entry, as well as natural language processing. There’s also a better integrated sidebar in dark mode, the addition of new illustrations, and the usual bug fixes. If you’re running the beta version on Android, a recent update delivered support for drag and drop from other apps, as well as push notifications for shared lists.

Next up is Teams, the “chat-based workspace” that comes with Office 365, which now boasts 20 million daily active users. This is a seven million increase compared to July, and double the number of active users from competitor Slack. The latter however, argues that its platform benefits from more engagement compared to Microsoft’s.

Moving on to Windows, part of 20H1 - coming in the first half of next year and basically feature-complete at this stage - is a separate Cortana app. This app has been tested by Insiders for a while, and a recent update has brought in an improved set of skills – including the ability to send emails to specific people or see messages received from them. App opening has been improved, although features like the ability for the digital assistant to tell you jokes, set timers, or retrieve instant answers from Bing have been removed. Those will return at a later, as of yet unspecified date.

In a bit of bad news, Kodi is looking for UWP developers to bolster its existing team. If it doesn’t find any, the next major release, v19 – codenamed Matrix -, and its subsequent variant will not be coming to Xbox or Windows. This is interesting, since Kodi began life as the Xbox Media Center or XBMC before rebranding and being ported to other platforms.

Last but not least, speaking of other platforms, Apple may be developing a successor for iTunes on Windows 10. As you know, the Cupertino company announced earlier this year that it was killing off the media player on macOS, and splitting it into three separate apps: Podcasts, Music, and Apple TV. That left those on Windows with the unsupported iTunes, though a LinkedIn listing is hinting at the fact that Apple is taking the UWP route for the successor on Microsoft’s platform. This could mean that the new app (or apps) might be made available on the Xbox too. 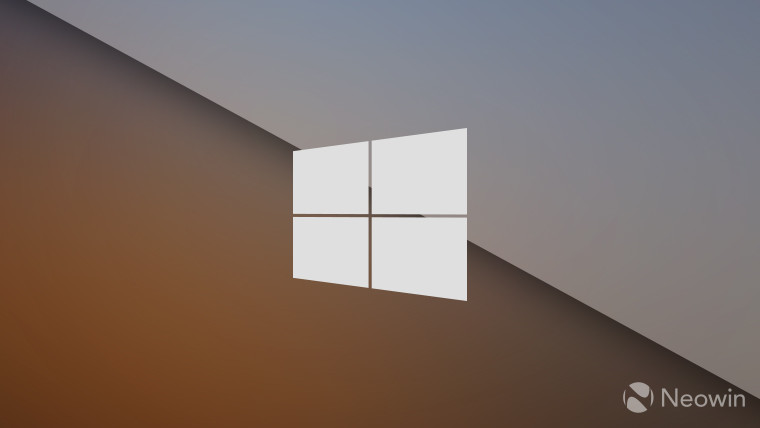 To end this column, we take a look at some availability news, starting with the most recent version of Windows 10, the November 2019 Update. As you know, it was released to seekers – in other words those who click the “download & install” button in Windows Update when prompted – on Patch Tuesday, and this week it made its way to the Update Assistant. Of course, the Assistant is available via the Media Creation Tool, which allows you to create install media if you wish to update other PCs.

Another bit of availability news came out in regards to WhatsApp on Windows phones. Although the platform itself has long been EOL – even before Microsoft publicly admitted it -, third-party support is really what’s driving the final nail in the mobile OS’s coffin. As such, regardless if you’ve updated to Windows 10 Mobile or not, the messaging app will stop working on your device on December 31, 2019. With the New Year just around the corner, it’s perhaps time to move on to a new platform.