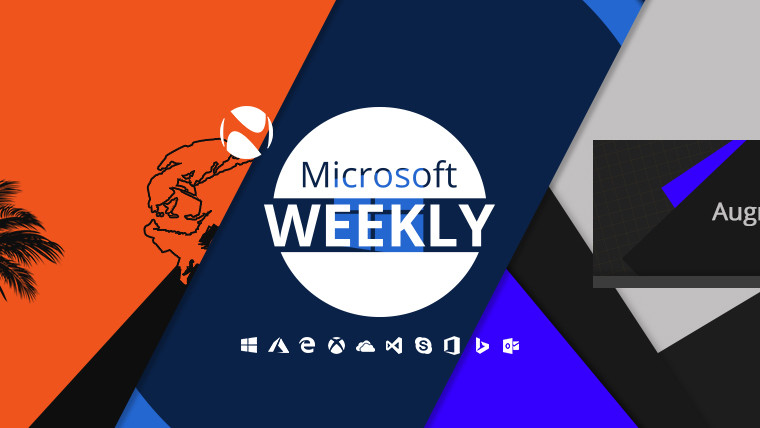 Surprising perhaps nobody, another week has gone by. During this period, the software giant has been busy delivering news on a variety of its products. Game news, previews, and service enhancements – plus that little bit extra – are all here in your Microsoft digest for the week of September 1-7.

Going full steam ahead, Rare is still very much at on a roll with its constant enhancements to the cartoony piracy title Sea of Thieves. Don’t worry, there’s some Xbox hardware news as well. 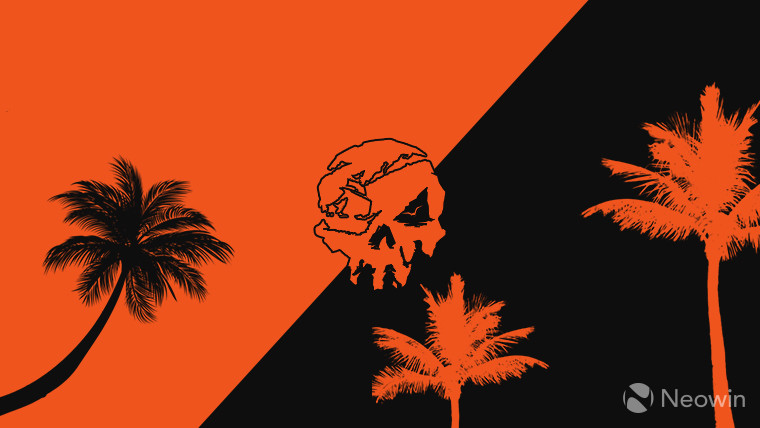 We begin as always with the latest update for Sea of Thieves, 1.2.5, which addresses a good few UI bugs and polishes other gameplay features like solo sailor crews. Of course, the game is gearing up for its third major content update, Forsaken Shores. This will bring volcanoes, rowboats, and a brand new region for players to experience starting on September 19.

Not quite that long a wait is in store for Skip Ahead insiders, which should already have their first Xbox-geared 19H1 build installed. Beyond the download size – 3.6GB – not much else is known about the build, or indeed the Xbox feature update. Microsoft has stated it will announce the included features in the coming months, so there’s some waiting involved.

In a rather interesting giveaway, Xbox Australia is holding a contest during which you can win a “grease-proof” PUBG-themed controller. The contest, which runs until September 11, is open to Australian residents 18 and over, and gives you the opportunity to win the aforementioned Xbox peripheral. What’s rather odd is that the contest page has it noted it as “one of five”, whereas the promotional video has a badge indicating that there are 200 total units. Either way, it’s a nice little promo for Australian fans of the battle royale title.

Unlike the contest above, we’ll stick to controllers a little longer, to highlight the availability of the Xbox Adaptive Controller. First unveiled in May and subsequently opened up for pre-order, the accessibility-focused peripheral didn’t have any release date attached to it – that is, until now. In related news, you’ll soon be able to control your Microsoft console via Cortana or Alexa. The skill, which is currently in beta, is also U.S.-only though.

What isn’t really in anybody else is control is how Sony is approaching the subject of cross play. As such, Xbox Engineering Lead Mike Ybarra stated that the Japanese company “still isn’t listening to gamers”, and that all games should support cross play.

Finally, on the subject of game release scheduling, Xbox’s Aaron Greenberg stated that Crackdown 3 didn’t need to release this holiday season because the company has “surplus AAA content” – thus pointing towards Forza Horizon 4. Either way, let’s hope that February 2019 won’t just come and go without the third Crackdown hitting shelves.

By now, previews have become a pretty regular part of Microsoft’s overall vision for software development. Unsurprisingly, a bunch more builds showed up this week. 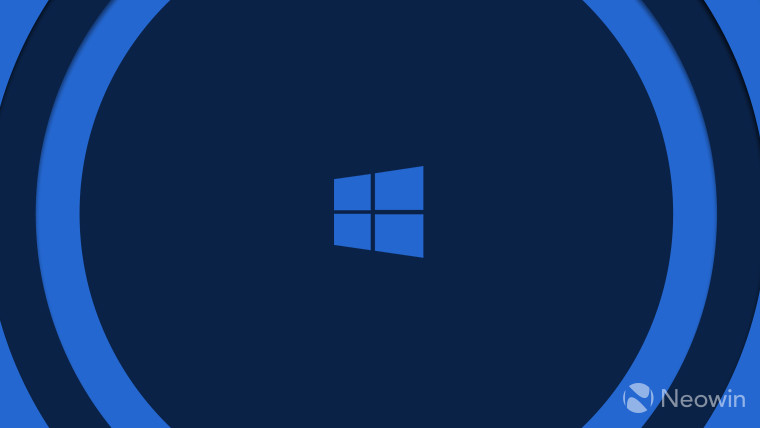 Beginning with news that should interest those who want to clean install their RS5 builds, Microsoft has released ISO images for build 17744. The release of such images in a reasonable time frame has been less than consistent throughout RS5’s development, but with RTM looming closer, things are starting to fall in line. Speaking of development, build 17749 of the SDK can be obtained too, though there’s nothing terribly exciting in it besides the already present MSIX support and MC.EXE.

Over in the Slow ring, Insiders were presented with a patch for build 17744, namely 17744.1004, which fixed a reliability issue related to restart warnings, and the Security Configuration Management Console snap-in not showing system services. Also coming to the Slow ring, this time for the Office suite on the Mac, is the availability of @mentions in Word and PowerPoint, inking support across all three apps, and the ability to insert equations using the LaTeX syntax in Word.

Moving back to Windows and stepping up a notch to the Fast ring, we see build 17754, complete with a number of fixes for PWAs, Action Center, Task Manager, and Display Settings. The two known issues are centered on Narrator and the Ease of Access Make Text bigger setting. Following not long after was build 17755, which removed the watermark, fixed the slow resume from hibernation on certain devices, and addressed a couple of issues with HDR playback and Windows Hello. The two known issues in build 17754 are still present.

Lastly, on the bleeding edge of Windows 10 development is the Skip Ahead section of the Fast ring, which was treated with its first build in quite a while. Build 18234 brings the previously detailed Sticky Notes 3.0 update, inking support in Microsoft To-Do, and a few nice additions to Snip & Sketch. Due to the delta between this and the last build, the list of fixes is quite large, covering everything from random bugchecks, design inconsistencies, Task View, Timeline, CPU usage for certain services, Edge enhancements, and more.

The nice thing about having a constantly updating piece of software is that the possibility of exciting user-facing feature additions is always there. That’s what happened with what is arguably one of Microsoft’s most important entries in its software lineup. 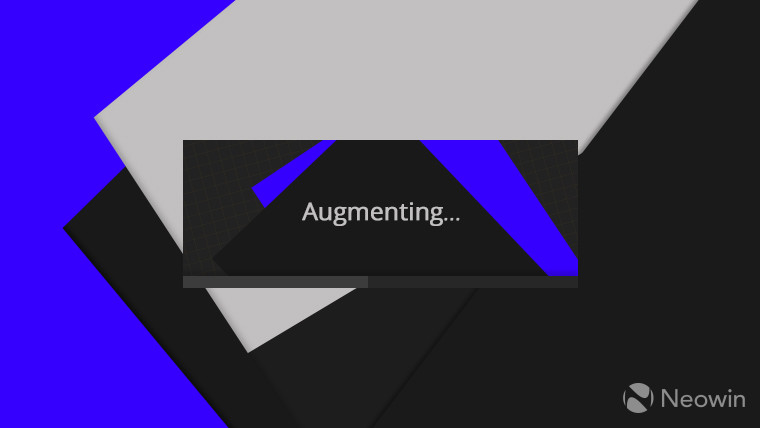 Whether you’ve tried third-party solutions or simply switched to another program altogether due to the lack of this feature, you should perhaps give Skype another look. It’s been a long time coming, but the Microsoft-owned chat client has finally gotten native call recording. The feature is available on most platforms, with the notable exception of the UWP version of Skype. If you want to try it out, you need to be on version 8 of the “legacy” Skype client. Any call you do record will be saved in the cloud as an MP4 (even if it’s just an audio call) and will show up in chat for 30 days. To avoid any surprises, participants will receive a notification when a user chooses to record the call.

In other nice-to-have news, SwiftKey on Android can now translate text from a source to a target language using Microsoft Translator. Though this means you can write a message in a certain language and have it be rendered in real time in another, keep in mind that the update unlocking this feature is currently for the beta version of SwitftKey.

Adding to the niceties above is a set of updates for Outlook, both the Windows app and Microsoft’s web-based email service. The app itself is getting the new simplified ribbon, better window resizing support, groups being listed separate from email folders in the Folders pane, as well as some readability enhancements. Outlook Calendar has streamlined the way required an optional attendees can be added, and can even suggest room availability and meeting locations.

Outlook.com on the other hand is getting a smarter search box – which can surface people you’ve interacted with recently -, a dedicated tab for files in your inbox, as well as smart replies. There’s also now the possibility to add people and categories to your favorites section, and enhanced event icons plus other Calendar improvements.

Of course, not everything can be updated forever, which is why Microsoft will start charging for updates to Windows 7 past its 2020 end of life date. This is really nothing new, and is of course geared towards businesses, specifically those running the Professional and Enterprise SKUs. The price of these security-only updates will go up every year though, which makes it obvious that Microsoft wants you on its latest OS.

Speaking of the latest OS, Microsoft has made a few changes to the support schedule. Those running Enterprise or Education versions of Windows 10 will have the support cycle increased to 30 months from the date of release (whereas it was previously 18 and then 24 months). To further complicate things, as Windows 10 is on a bi-annual release schedule (one update targeted for March, one for September), this is reflected in the support cycle too. Updates targeted for March are supported for 18 months, while those targeted for September are supported for 30 months. Again, this only applies to Enterprise and Education, not Home or Pro.

We end on a somewhat mysterious note, thanks to an invite that Microsoft sent out this week. 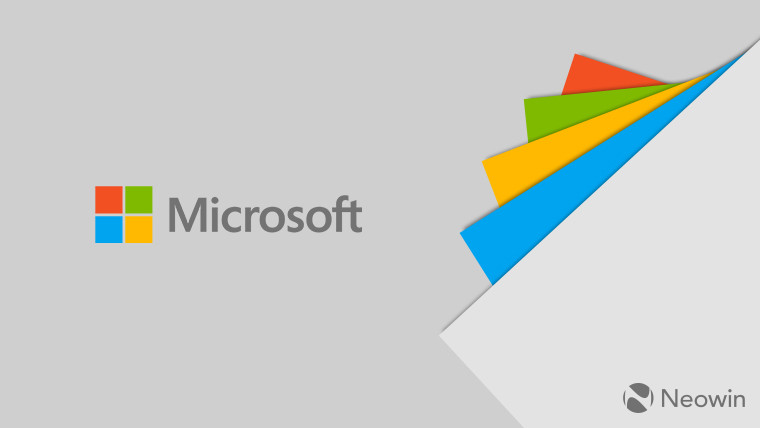 The rather minimalist invite has the words “A moment of your time” printed out in big letters, words which are joined by the address, as well as the date and time – October 2, 4PM ET. Much like in previous years, this is most likely the company’s showcase of new first-party hardware, even though there isn’t much of a device lineup to coincide with this event.

For example, the Surface Go (codenamed Libra) has already been announced, and the halo device codenamed Andromeda has been pushed to next year. A Surface Studio refresh would make sense, but that would probably it. We know the HoloLens 2 (technically version 3) should show up next year, as should the sixth generation Surface Pro – the redesigned variant rumored to be in the pipeline. Given the less than stellar track record of the Microsoft Band, it’s unlikely we’d see a third generation of the wearable, even though “a moment of your time” might hint at it.

The focus could however be on services and the two versions of Windows 10 we currently know of and are testing: Redstone 5 (the October 2018 Update), and 19H1, the as of yet unnamed future version of the OS. We’ll know just how things pan out in about three weeks.

Missed a column? Click here to browse the archive.