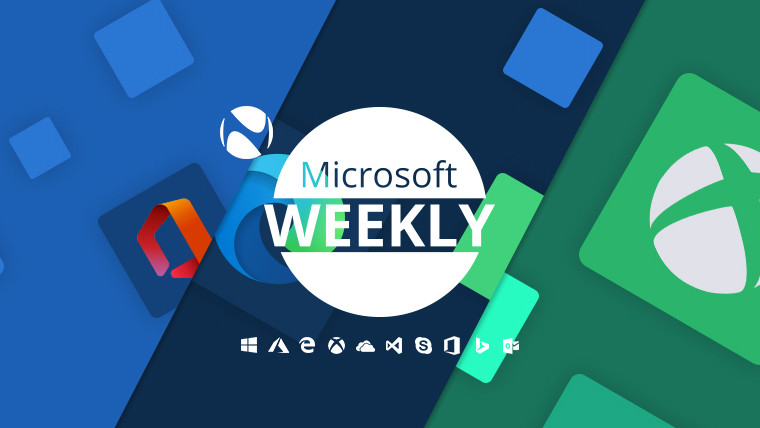 This week we got a closer look at the new icons coming to Windows 10X and Windows 10, an update on the new Edge roadmap, and a handful of new games to play. You can find that – as well as the usual little bit extra – below, in your Microsoft digest for the week of February 15 – 21. 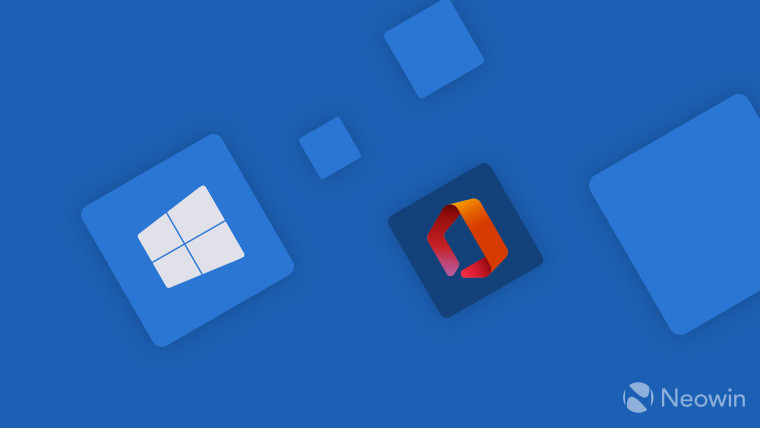 On Thursday, Microsoft pushed out another build, namely 19569, from its nebulous vNext branch of testing. Along with a modest set of fixes for some rather annoying bugs, we got our first official look at some of the new icons coming to the operating system. Although a few of them have leaked previously, this is the first time we’ve seen all those together, officially. Feel free to scroll down to the last section of this column to have a look.

Beyond the already existing list of known issues, there were some input-related ones, as well as a bug affecting the upgrade from versions of Windows 10 using languages like Japanese. During the install process, boxes will appear in place of the “Installing Windows X%” text.

Moving on to other forms of testing, Microsoft’s Your Phone app is getting Rich Communication Services (RCS) support for the Galaxy S20, as well as cross-device clipboard sync for all of Samsung’s current flagship devices.

In case you’re an Office Insider though, you should check out build 12615.20000 in the Fast ring on Windows. Part of version 2003 of the app suite, it allows you to now use Hex values to choose colours. This comes as an addition to the already existing RGB system.

Rounding off this section is an update to the Surface Duo SDK Preview, which brought with it a couple of minor improvements, as well as the uncovering of Outlook Spaces. The latter seems to be taking cues from things like the already available Whiteboard app, and even project management solutions like Trello. It very well could be that this is a more business-oriented offering. 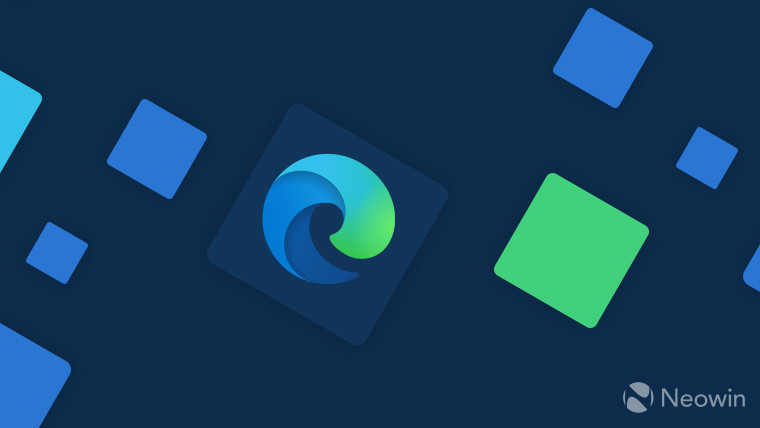 While the new Edge has been out since the middle of January, there are still some features missing in action. Among them, extension and history sync, as well as support for Linux. According to a recent update to the roadmap, favorites and extension syncing should be running smoothly by the time February is over, with browsing history sync being targeted for the summer. Linux support, reading aloud of PDFs, and the ability to add ink on web pages are still planned, but there’s no current timeline attached.

If you’d rather not wait as long between updates to the stable version, there’s always the Dev branch, build 82.0.425.3 of which made its way to testers this week. This time there were a number of reliability improvements ranging from those for Collections to the browser crashing during routine use.

On the more stable end of the spectrum there’s the Beta channel, which was bumped up to version 81, and brought DevTools localized in a total of 11 languages, as well as simplified Jamf Pro profiles on macOS. 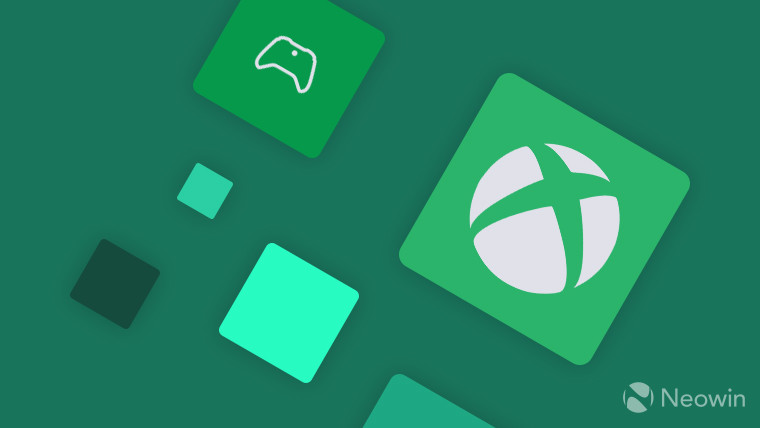 Unless you’ve already got a backlog that’s been waiting for years to be chipped at, the addition of more games is always a positive thing.

Such is the case with the Project xCloud preview on Android, which was bolstered with the addition of five games: Journey to the Savage Planet, A Plague Tale: Innocence, Cities Skylines, Age of Wonders: Planetfall, and Mudrunner. It should be reiterated that these are exclusive to the Android client for now.

For those subscribed to Game Pass on either PC or Console, Microsoft has added quite a lineup of games. Starting with the console variant, you’re already able to play Ninja Gaiden II, with Kingdom Hearts III, Two Point Hospital, and Wasteland Remastered arriving on February 25. Yakuza 0 will be available starting February 26, and Jackbox Party Pack 3 should be playable beginning on February 27. If you’re on PC, Yakuza 0, Two Point Hospital, Wasteland Remastered, Reigns: Game of Thrones, and Indivisible have been announced, though no release dates have been provided. For titles coming to both platforms, it’s safe to assume the release date is identical.

Some titles are leaving the subscription though, with Fallout 3, Just Cause 4, Rise of the Tomb Raider, Snake Pass, The Elder Scrolls IV: Oblivion, Batman: Return to Arkham – Arkham City, as well as Batman: Return to Arkham – Arkham Asylum being removed from Game Pass on console at the end of February. On the PC side, only Snake Pass will be removed.

Moving on to first-party games, Sea of Thieves has received its Crews of Rage update which, among other things, allows players to change the look of their pirate via potion, as well as go on a hunt for a new cursed chest.

Lastly, for those who haven’t picked up an Xbox One X but want to, there’s a promotion in place right now that will get you either Star Wars Jedi: Fallen Order, NBA 2K20, or Gears 5 with the console, for $299. The game you get depends on the retailer you shop from, be it Walmart, Best Buy, Amazon, or the Microsoft Store, and the Star Wars bundle seems to currently be the only one left. There’s no word on whether or when these will be restocked. 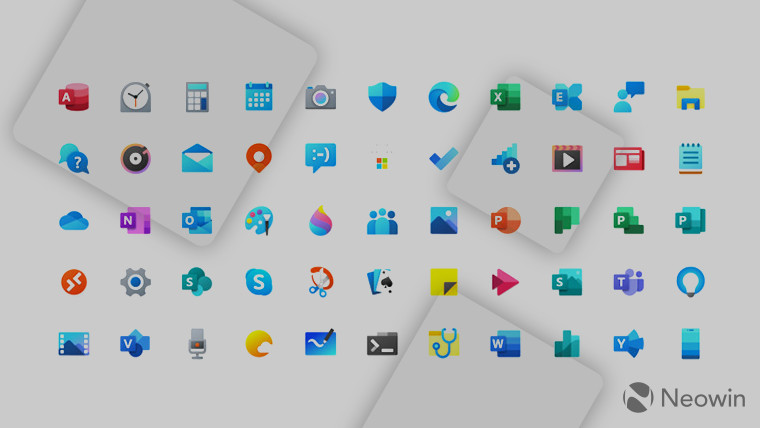 As you know, Microsoft pushed out the latest Windows 10 vNext build this week, a build which gave us a bit of a closer look at its brand new set of icons for everything from Mail to Notepad, Groove Music, and Calculator. Using the already established principles of Fluent Design, the new icons eschew the minimal, monochrome approach of yesteryear in favor of a more colorful design with liberal use of soft shadows.

It wasn’t just a random smattering of icons that popped up, with the company actually providing a whole grid for folks to check out. That said, there are two mystery icons in there, one of which seems to be related to diagnostics. Feel free to speculate in the comments section below.