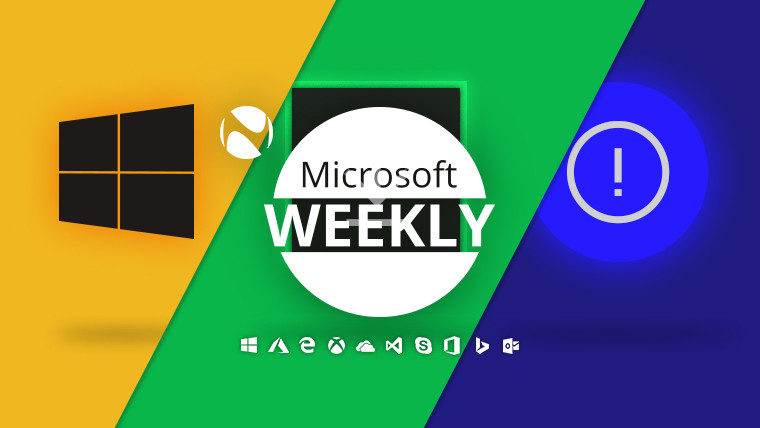 This week, Microsoft discovered that the ability to print things in Windows 10 was broken by a recent update, but then went on to fix what was broken. The company also gave folks an update on Smart Delivery, and even the first 20H2 and 21H1 builds in their respective Insider channels. You can find that, as well as much more, below, in your Microsoft digest for the week of June 13 – 19. 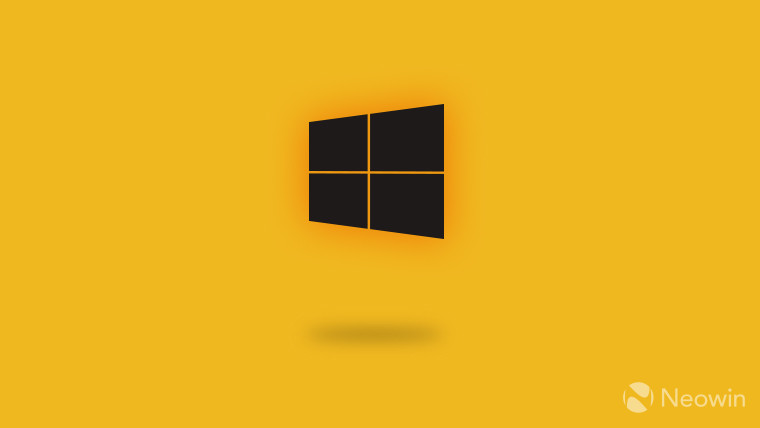 Last weekend, Microsoft acknowledged that there was a print spooler issue present in all Windows 10 versions, as well as Windows Server and Windows 8.1, introduced with the latest Patch Tuesday updates. The issue has now been addressed for every variant except Windows 8.1, as fixes were pushed out, albeit in two different stages. In case you’re curious, they are:

Regarding another known issue, this time related to accessing Storage Spaces, the company has also provided a way to avoid any disruption by instructing users to make said spaces read-only.

It’s worth mentioning as well that optional cumulative updates for Windows 10 will resume next month, having been paused back in March at the beginning of the COVID-19 pandemic in the U.S. On the subject of updates, though not so optional, users still on the October 2018 Update (1809) are starting to be upgraded to the May 2020 Update (2004) automatically, as the former feature update will reach its (delayed) end of service date on November 10.

If you were wondering where Fresh start went and why there’s been no information on it, the Redmond giant quietly updated its device and performance health page to make it clear: Fresh start has been merged with Reset this PC under Recovery settings. Another missing puzzle piece, Microsoft Search for Windows 10, is seemingly going to at long last start rolling out in September.

And in case high RAM usage in Chrome is something you’re rather annoyed by, some backend changes made to version 2004 of Windows 10 (and later) will allow devs to use a new “SegmentHeap” value that reduces memory consumption of Win32 apps. 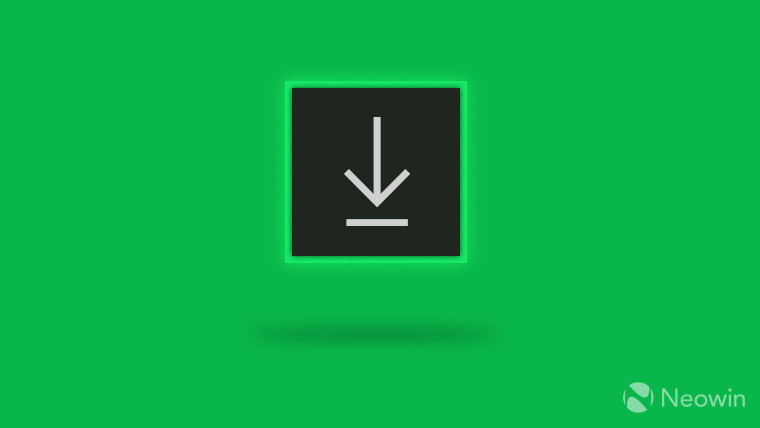 At the top of the week, the Redmond giant decided to open up a bit more about Smart Delivery, a next-gen feature which ensures that for supported titles, you can buy current-gen titles and get the next-gen upgrades for free. In many ways it’s similar to cross-buy, but the difference here seems to be that the entire process is automated, therefore translating into a more seamless experience. And yes, if the developer or publisher decides to do so, even disc-based games will be supported. Game Pass titles take advantage of this system too.

As I mentioned subscriptions, it’s probably wise to also mention that the second wave of June Games with Gold is here. Coffee Talk for the Xbox One and Sine Mora for the Xbox 360 and Xbox One are available to claim for free, as is Shantae and the Pirate’s Curse (until June 30) for those on Xbox One.

It's not just the Games with Gold that were updated, but the console operating system too, as the June 2020 update for Xbox ushered in new overlay badges for Game Pass, Live Gold, and EA Access, as well as verification of official Clubs.

Flipping over to first-party titles, Sea of Thieves has gotten its Haunted Shores update which adds ghost ship fleets, new shanties, and even an updated non-verbal communication system. The update comes in at 6GB on Xbox One and Windows 10, and 2.6GB on Steam.

For those eager to get their hands on the upcoming Halo 3 on PC, the Insider test has been extended by a week and 50,000 more invites have been sent out, with a brand new Flight Simulator Alpha 4 patch also confirmed to be on the way. 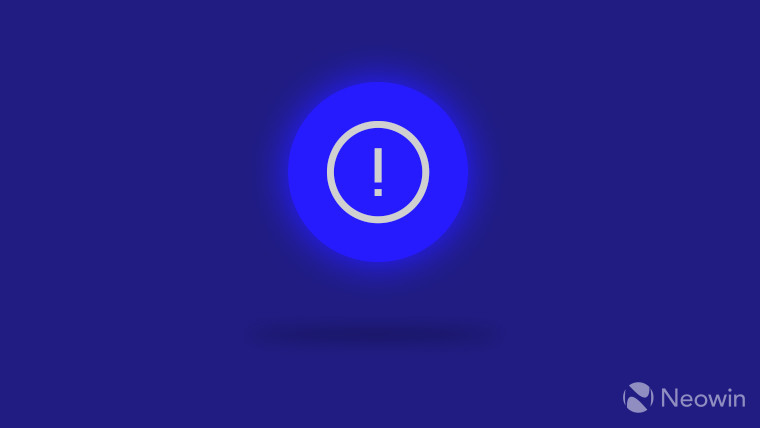 Moving on from the various channels, the first 20H2 build was released this week, namely 19042.330. There are no new features to announce, as this is only an enablement package for version 2004, but there are two important changes to note. First, 20H2 is the first version to ship with Microsoft’s Chromium-based Edge, and second, the codename will be replacing the version number going forward. In other words, there isn’t going to be a ‘version 2009’, but rather just 20H2.

As expected, the Dev channel (previously the Fast ring) has gotten the first Windows 10 Iron (21H1) build, which is 20150. It brings new features to WSL 2 – like GPU compute, WSL install and WSL update -, as well as beginning the rollout for a new search box on the default app settings pages.

The number of issues fixed is rather long, but the number of known bugs not so much. Be aware that the update process may still hang for extended periods of time, and you may get a HYPERVISOR_ERROR bugcheck.

Worth keeping in mind is that in a rather uncharacteristic fashion, ISOs for build 20150 are already available, and that Windows Server on the Insider side has jumped to build 20150 too.

Somewhat smaller bits of news also wrothy of attention are that the Office app on iOS has been updated with HEIC support for file transfers, Microsoft To Do on both Windows 10 and iOS has been updated ushering in some bug fixes and new features, and Windows Terminal 1.1 is now in preview with different color tabs, font weights, and more.

We end on Edge, as has happened plenty of times in the past. 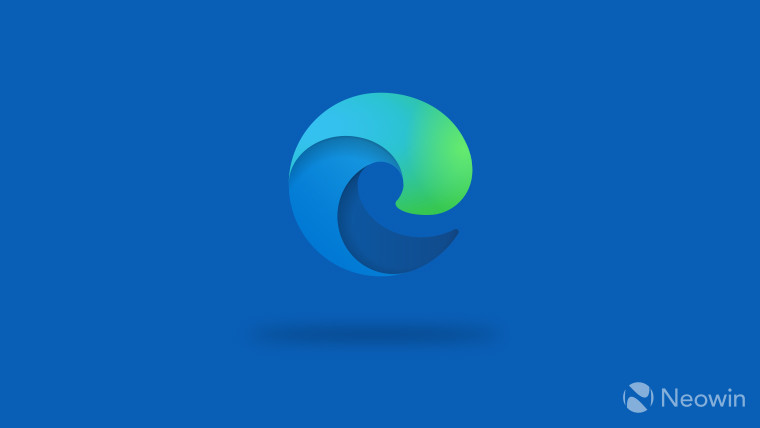 For one, the PDF reader roadmap for the browser has been updated, to showcase top requested features like the ability to fill PDF forms, viewing of PDFs in Dark mode, and others. Smooth scrolling has been confirmed to be in the works – something present on the legacy version of Edge -, though as usual, no firm release dates have been disclosed.

What does have a release date of, well, right now, is the redesigned Edge Add-ons page. The redesign - which should be available now for everybody - includes a list of curated extensions, ‘Editor’s picks’, and more. Also available now is Edge Dev build 85.0.545.0, which lets you import data from the legacy version of the Microsoft browser.

Finally, Chromium-Edge has started being pushed to both Windows 7 and 8.1, though it’s important to note that it won’t replace Internet Explorer, nor will it change your default browser. It will, however, be pinned to your taskbar and added as a desktop shortcut upon install.