At the company's Ignite Australia conference today, Microsoft announced the Windows Insider Program for Business - a new effort to help organizations prepare for deployment of new versions of Windows 10, and to improve its development process for companies around the world.

After his presentation, Microsoft's Bill Karagounis opened up the event to a Q&A session, during which he was asked: "What's the direction for the [Windows 10] Mobile component of the Insider Program?" He replied:

We've been flighting Mobile builds now for-- actually, since the November Update in 2015. We do not plan to change that, or to stop that.

And you'll see - today, we are still flighting Mobile builds, subject to quality, subject to those release promotion criteria, and we fully expect to keep doing that beyond the release of the Creators Update.

According to Dell, the Windows 10 Creators Update is due to arrive by April, so the immediate period 'beyond' its delivery isn't far off. While Karagounis said there are no plans to stop releasing new Mobile builds, he stopped short of offering any firm indication of how long after the Creators Update the company intends to continue developing its standalone Windows 10 Mobile operating system. 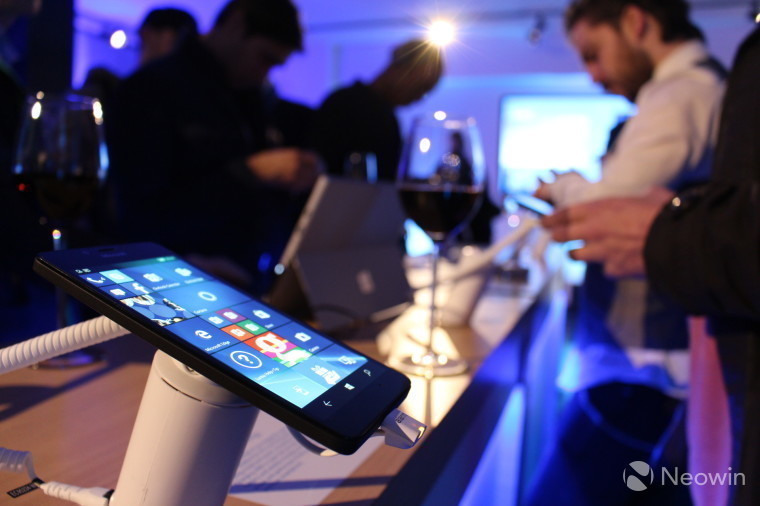 Of course, that line of thought opens the door to all sorts of speculation about the future of Microsoft's mobile OS.

According to IDC, Windows phones accounted for just 0.4% of global smartphone shipments throughout 2016, and Microsoft's latest financial report indicates that the company's phone revenue dropped to just $200 million last quarter, down from $2.28 billion two years earlier. Recent data from Kantar Worldpanel ComTech showed massive year-over-year declines in smartphone sales share for the OS in major markets around the world.

Microsoft has said in successive quarterly earnings reports that those declines were anticipated - that it's all part of the plan - but that does little to address the lingering questions about Microsoft's wider intentions for Windows 10 Mobile.

Rumors from well-informed sources point to the company developing a new class of mobile device building on its PC-like Continuum vision, which is already available on some existing high-end Windows 10 Mobile devices. Rather than a 'conventional' smartphone, Microsoft is said to be working on more powerful handsets for mobile and desktop use, creating a new generation of - for want of a better phrase - 'pocket PCs' that would transcend the experience offered by most mobile handsets today.

Microsoft has already announced plans to bring the 'full' Windows 10 operating system to mobile devices with next-generation ARM processors, including support for desktop-class Win32 applications through emulation. Recent rumors suggest that the company is also working on an 'adaptive shell' that can scale the OS to any type of device or experience. It's not hard to envisage how that could relate to its Windows 10 on ARM plans, but it's not quite so easy to imagine how a standalone Windows 10 Mobile OS - with its dwindling market share, and limited selection of devices - would fit into that broader, longer-term strategy.

But even if these rumors prove to be entirely accurate, Microsoft would still need a mobile-focused shell - or some 'adaptive' variation of it - to make its new mobile devices usable on the go. The desktop OS simply isn't suited to the relatively small screens of smartphone-sized devices, so a finger-friendly user experience - like the one already developed for Windows 10 Mobile - would still be required. Indeed, while Microsoft continues to work on the mobile OS, that development may well be focused on the ultimate goal of perfecting the mobile component of its new unified adaptive shell for the new generation of devices. 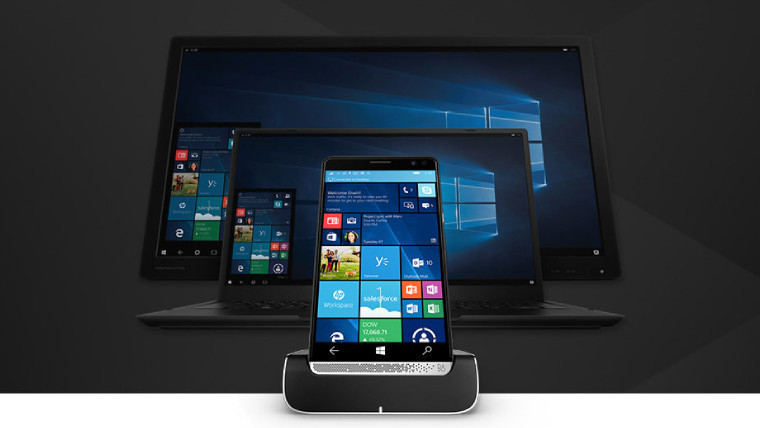 For now, all of this remains the stuff of rumor and speculation, and all we officially have to go on is Microsoft's assurances that it does intend to continue developing Windows 10 Mobile. And whatever Microsoft has in store, there's certainly no reason to believe that it will 'abandon' or stop supporting Windows 10 Mobile anytime soon. Even so, it's difficult to shake off the notion that Microsoft's commitments to the mobile version of its OS are starting to sound more current and short-term than long-term.

After all, Microsoft's plans are subject to change. It planned, for example, to upgrade all Windows Phone 8 Lumia handsets to Windows 10 Mobile, but the list of devices eligible for that upgrade eventually became far smaller. It promised to bring DVR functionality to the Xbox One, but those plans were later put on indefinite hold. It committed to offering "unlimited" OneDrive storage to Office 365 subscribers, but later revised those plans after some people apparently used too much storage.

Today's plans aren't always indicative of how things will actually turn out.

In a recent interview with Neowin, Microsoft's Dona Sarkar said: "The future of Windows 10 Mobile is that we're continuing to invest in Mobile," adding: "We're definitely going towards more 'let's help you be as productive as possible with this device in your pocket that you have all the time on you'. We roll builds every week [to internal or external rings], we push features, we do the thing; it's a thing that we continue to invest in, just like all device families."

While that investment continues for now, and will extend "beyond the release of the Creators Update", plenty of questions remain about how Microsoft's plans will develop, and exactly where the road leads for Windows 10 Mobile as we know it.