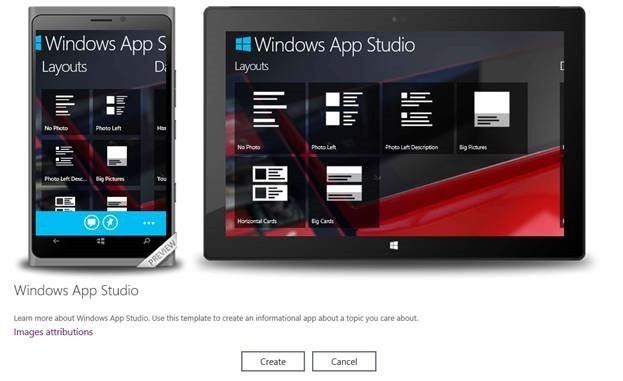 Microsoft launched Windows App Studio in beta form nearly a year ago and today the company announced that the web-based app creation tool has just reached the one million user mark. The company used the occasion to also reveal some new features it has added to the beta.

In a blog post, Microsoft said that Instagram photos can now be displayed in Windows 8 and Windows Phone apps made with the beta tool via hashtag search. It states, "For example, are you creating an app for a conference? Just add the Instagram data source with the search term (e.g. #2015Conference)." In addition, apps made with the beta tool can now access banner ads using Microsoft Advertising's clients, which should help first time app makers generate some revenue for their creations.

Finally, Microsoft has added some new guidelines for app makers to make sure their software passed the company's certification process the first time under the "new features" section.

Just a reminder: Windows App Studio was originally meant for creating Windows Phone apps but in April Microsoft expanded its use to include support for making Windows 8 and Windows 8.1 apps as well. Microsoft has not offered any updates in some time on just how many apps made from the tool have been published