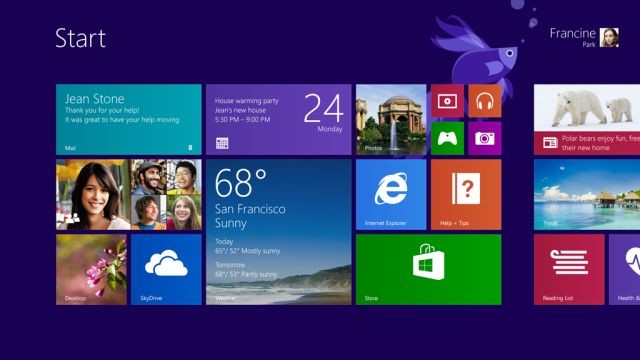 When Microsoft officially announced the first details on its upcoming free Windows 8.1 upgrade, it mentioned it would also include Internet Explorer 11. But is IE11 also going to be released on Windows 7, as Microsoft chose to do with IE10?

Computerworld.com reports that, for the moment, Microsoft isn't talking about any plans for releasing IE11 beyond Windows 8.1. A spokesperson for the company stated, "We aren't sharing anything around which versions of Windows IE11 will be available on at this time."

Usually, when Microsoft releases a new web browser, it tries to cover as many Windows users as they can. However, Microsoft decided to go ahead and not release IE10 for Windows XP and Windows Vista, concentrating just on Windows 8 for the launch, followed a few months later with a version made for Windows 7.

With Microsoft ending Windows XP support less than a year from now, it's highly unlikely that Microsoft will offer IE11 on that old OS. As far as Windows Vista, the percentage of PC users that still have it installed is extremely low and getting lower every month.

That leaves Windows 7, which has the biggest worldwide reach of any version of the OS by far. Even though Microsoft launched IE10 for Windows 7, it would seem very unlikely that the company would deny Windows 7 users a way to upgrade to IE11. And what about Windows 8 users who don't want to get the free Windows 8.1 upgrade? Microsoft is not commenting on that possible scenario either, but again, we think the vast majority of Windows 8 PCs users will make the switch to Windows 8.1.