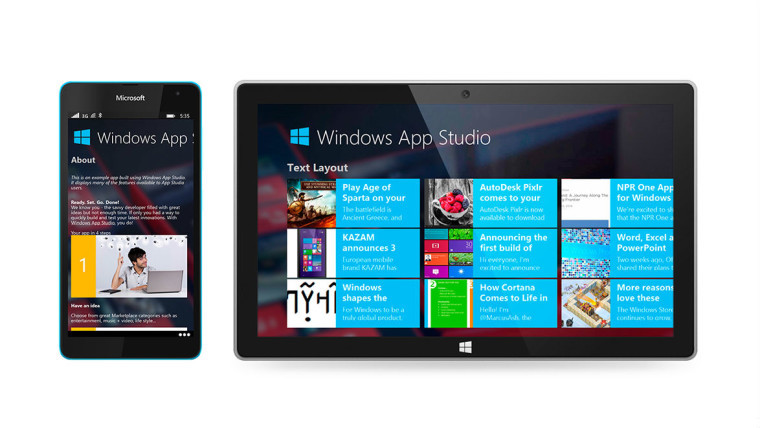 Microsoft's App Studio is a tool meant to make it possible for novice developers to create apps for Windows Phone. With the most recent update, user-created applications are now possible for Microsoft's upcoming flagship operating system.

Announced via the official Windows blog, Microsoft's App Studio will not only allow users to develop apps for current Windows 8.1 and Windows Phone 8.1 platforms, but the upcoming Windows 10 operating system as well. Notable new and improved features include:

App submissions won't be cleared for Windows Store publishing until this summer, but those that wish to get started can do so now by downloading the new App Studio Beta.

Microsoft is clearly out to make Windows 10 work well with both mobile app developers and competing operating systems, likely making it the most agile and flexible operating system the company has ever made.

Source: Microsoft (thanks to Ethan Davis for the tip!)