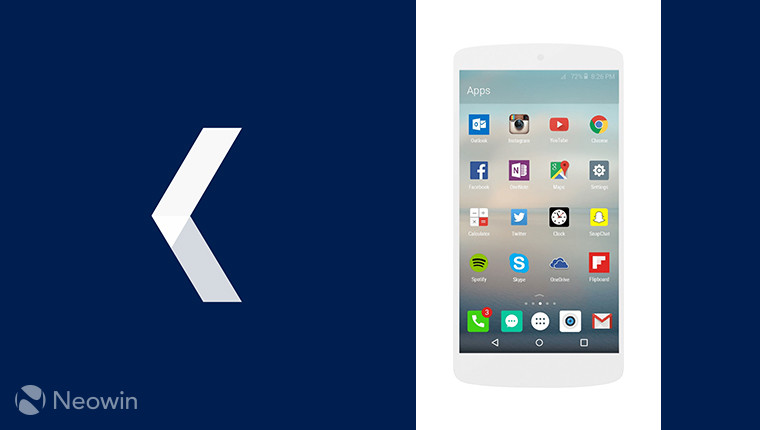 At the end of February, Microsoft's Arrow Android launcher got its "biggest release yet", as it ticked over to version 3.0. The release brought to beta testers, among other things, the option to either vertically or horizontally scroll through the app drawer, as well as some welcome performance improvements and bug fixes. Now, it looks like Microsoft is testing a new update for beta users.

If you are in the beta testing program, you will be able to take advantage of what may be one of the biggest changes in this latest version, support for Android for Work. What this does is it separates personal and work-related applications. For example, it would split your Gmail accounts into personal and work addresses, which means that it'll be easier for you to identify which is which. You employer too, will be able to more easily deploy apps to your device, when necessary.

Beyond that, there's support for Notes, which is not too dissimilar from Windows' Sticky Notes feature. Here is all that has changed in this latest release:

There's no word on when these features will be coming to non-beta users, but regardless of you choice of build, the Arrow launcher can be obtained at this link.