After a promise from Microsoft's Windows Phone leader Joe Belfiore earlier in August that Windows Phone 7.x smartphone owners would be able to download the beta of their revamped Facebook app before the end of the month, the beta is now available in the Windows Phone Store. 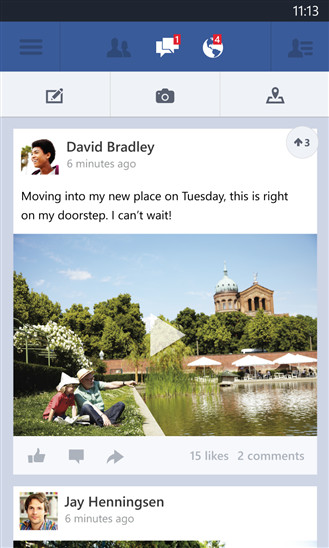 It has indeed been a long wait for people who have older Windows Phone devices to get a chance to try out the new Facebook app design that was launched for Windows Phone 8 way back in April. Now that wait is over, which means many more people will be able to check out the new UI as well as the other features that Microsoft has added to their "official" Facebook app.

Aside from the addition of Windows Phone 7.x support, the patch notes for the Facebook app state that there have been some "performance improvements and bug fixes" put into both versions for this new release. So far, there's no indication that Microsoft will be removing the "beta" tag from the app anytime soon.

Windows 8 users are supposed to get their own "official" Facebook app in the near future but again, there's no word on a specific release date.