Back in February, Microsoft Garage released the Hub Keyboard Preview for Android. Today, the app is being made available for iOS as well. 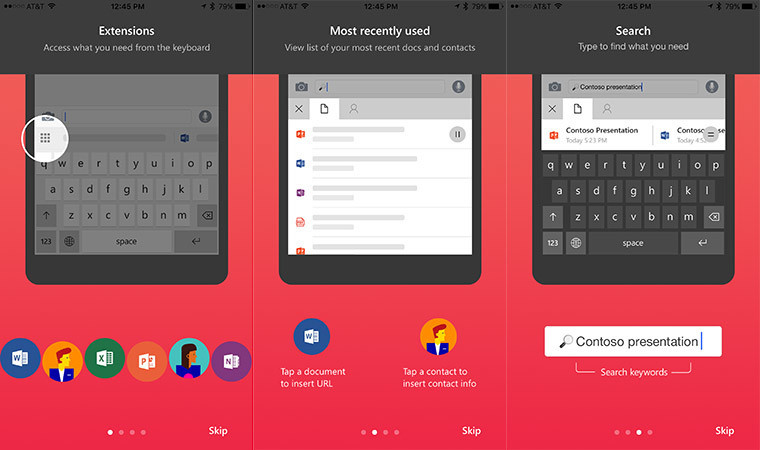 Despite not being a preview version of the app, the iOS version is much less fully featured than its Android sister. The Android version allows the user to get real-time translation, paste text from the clipboard (even older items that have been copied), access contacts, and access documents from Office 365.

The iOS version is missing the translate feature as well as a portion of the copy and paste feature. In the Android app, the user can choose from a list of things that they have copied to the clipboard. With the iOS version, only the most recent thing copied is available.

Users still have access to contacts and documents; however, like the Android version, only work or school Office 365 accounts are supported.

You can download Hub Keyboard from the App Store here or from the Play Store here. If you want to find out more, check out our hands-on with the Android version.