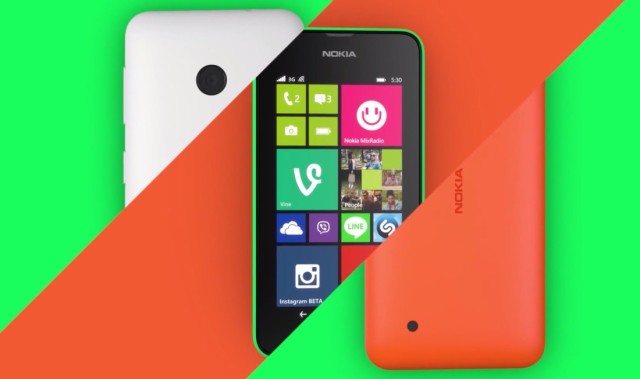 Earlier this week, Microsoft announced their latest low end Lumia, the 530. The entry-level device is the successor to the Lumia 520 which sold in huge numbers and has been the driving force behind Microsoft's growth in the mobile segment.

To show off the new device, Microsoft has pushed out new videos that show what the handset is capable of, for a very affordable MSRP of €85 / $115 (before taxes and subsidies) for the single SIM version. At such a low price, we expect quite a few of these to go flying off the retail shelves. The second video compares the Lumia 530 to other low end devices and as you would expect, the 530 comes out on top.

Since Microsoft bought the Nokia mobile arm, they have sold 5.8 million devices but that is only since late April when the deal officially closed. We will have a better understanding of Microsoft's ability to sell mobile phones after the close of the next quarter at the end of September.

We will be watching the Windows Phone stats that come out each month to see how long it takes for the 530 to have sold enough units to make a presence on the Windows Phone market share. Seeing that the 520 is still the dominant device, we don't expect it to take too long for it to show up in the market data since the cost of entry is so low.