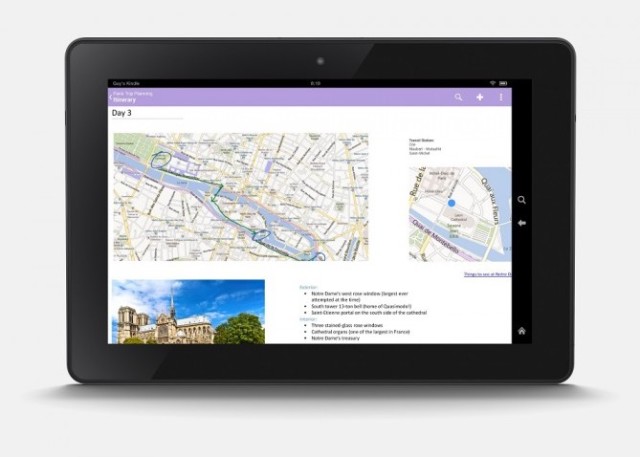 Ever since Nadella has taken over the CEO role at Microsoft, he has been the driving force behind making sure that Microsoft software is everywhere. While Ballmer may have started the Office on iPad initiative, Nadella got to release the apps once he took over the role. Nadella has said several times, including at WPC14, that Microsoft looks at every home screen as an opportunity and that theme continues today with OneNote.

Microsoft has announced that OneNote is now available for the Kindle Fire and the Fire phone. While Amazon's ecosystem is a derivative of Android, Microsoft still had to certify its apps for the Amazon store but this was not a massive engineering effort by any means. Still, if you have an Amazon device, you can now get Microsoft's note taking app on these devices too.

Microsoft has shown that its software will be everywhere that you are, that includes competing devices. It's a unique strategy as Google and Apple have kept their software locked to their own devices but Microsoft wants you to use its products no matter your OS of choice.

While you might think that this diminishes Microsoft's competitive advantage in Windows Phone by sharing its core features with other devices, for Microsoft, it is more important to maintain its user base. There are other ways to differentiate devices like Windows Phone by providing better interoperability between its devices and features like Cortana.