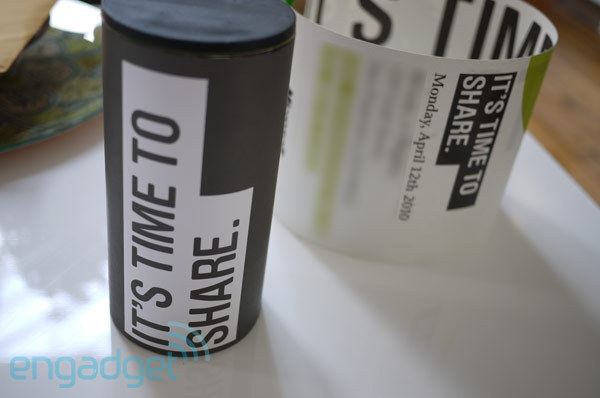 Earlier today, Microsoft announced it will be holding a mystery event for their latest project.  This mystery meeting was revealed today by Ina Fried from Cnet.

The invitations were sent out to members of the press with the message “It’s time to share.”

The mystery meeting is to reveal their “Pure” and “Turtle” phones, part of Microsoft’s Project Pink.  The Pure and Turtle are mobile phones but do not run Windows Phone 7 that will be released later on in the year. The devices are a replacement for T-Mobile Sidekicks, manufactured by Danger, a company Microsoft acquired.  The phones will support the Windows Mobile operating system, but not Windows Phone 7 OS, and come feature packed with social media outlets like Facebook and Twitter, including the Zune music service.

The Windows Phone 7 smartphones aren’t expected until the holiday season, an overhaul to Windows-based phones, featuring a Zune like interface.

The Pure and Turtle will both be slider phones, with touch screen and will go on sale within the month following the announcement on April 12.  The devices will be offered through Verizon Wireless.