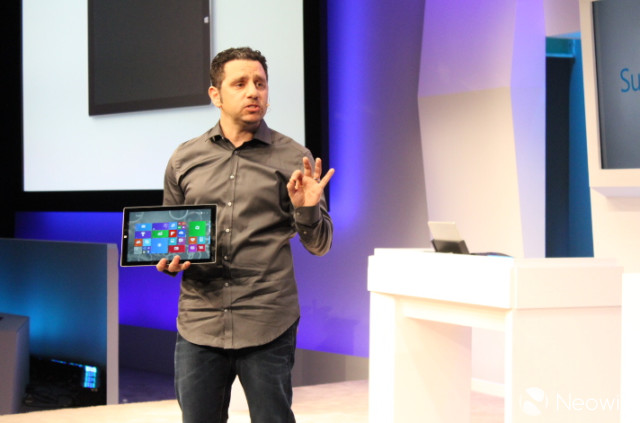 The last time Panos Panay took to Reddit for an AMA, he announced that a Surface LTE was in the works and seeing that he will be hosting another AMA next week, we are cautiously hopeful he will be as forthcoming as his previous session.

The event is scheduled to take place on Tuesday at 1PM EDT / 10AM PDT and, of course, will be on Reddit. For those of you who are not familiar with an AMA, it stands for Ask Me Anything and is a crowed sourced interview where anyone can ask a question. Questions are typically voted up and down by the community for visibility and those with more up-votes are likely to get answered by the host of the AMA.

With Panay's first iteration of the AMA after the announcement of the Surface 2, he did not shy away from the tough questions that can sometimes happen during these interviews. Seeing that the questions are at the hand of the community, it's hard to avoid the obvious question that will surely arise, such as 'where is the Surface mini'?

If you forget to set your alarm to remind you of the event, worry not, as Neowin will make sure to keep you posted as the event takes place and will cover any of the good bits that Panay details during session.