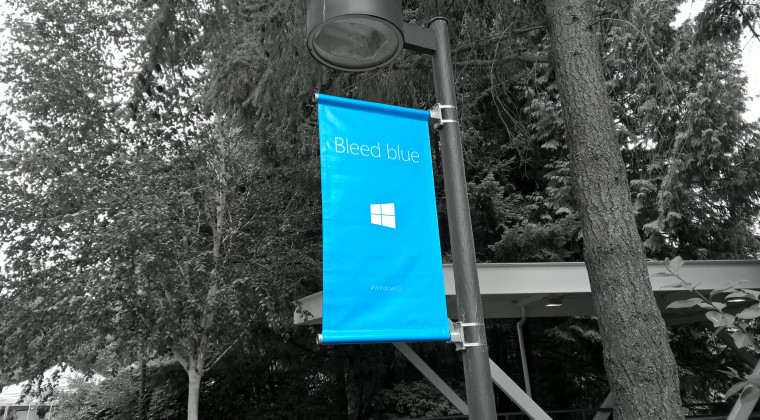 If you have never had the chance to visit Microsoft's campus, the marketing team loves to push the latest trends using banners placed around campus like you see above. The company delights in showing off what it has created and celebrating its brands wherever possible, and ahead of the Windows 10 launch, the company is wanting its employees to 'Bleed blue'.

The banners, which are all around Microsoft's campus say things like '1985', Windows 1.0 was introduced in that year; the zip code for the corporate campus; and, of course, the 'Bleed blue' image that you see above. While not so subtle, the company is making these changes to help drive the excitement on campus about the release of Windows 10.

But it goes beyond the banners; OneWeek, which features the company-wide hack-a-thon along with many other festivities, will commence soon - that's another 'on campus' event that boosts the morale of the employees, and you can bet that Windows 10 and its release will be a central theme this year. 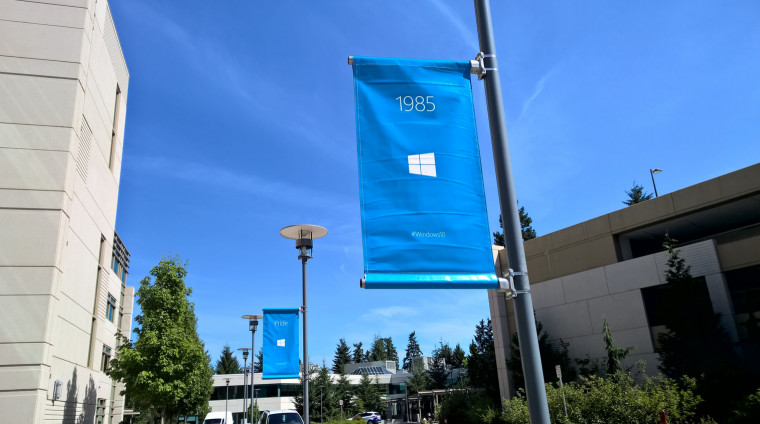 And then there is the Windows 10 release itself, where Microsoft will be throwing parties on- and off-campus for employees (and consumers) to drive more attention to the biggest release for Microsoft since the launch of Windows 7.

And then of course there is the actual marketing campaign where Microsoft will be spending millions of dollars to push ads on TV and the web. In the US, that campaign kicks off on Monday and worldwide, it starts on the 29th.

But the marketing machine has to start somewhere, and that location is Redmond, Washington. The company is pushing its employees to get excited about this release and it looks like 'Bleed blue' will be the rallying cry for Windows 10.