Here at Neowin, we're huge fans of Mimoco's line of character-based USB thumb drives; Admiral Ackbar is even currently sitting on the desk! We've also recently realized that the portable battery market is pretty important because we can't afford to lose access to our phone while we're on the road. Mimoco has made the same realization and wants to replace the typical boring charger with cooler, character based ones.

To help drive that forward, they've launched a Kickstarter campaign to not only help fund the endeavor, but to also get suggestions from their fans. The product, called a BatteryBot, will be roughly the same size as competing products. The website gives the dimensions as 89x51x38mm and weighing in at 145g, whereas the Ontrion LifeCharge Pack we reviewed was 94x43x24mm and 113g. The Batterybot will pack a minimum of 5200mAh, whereas the LifeCharge Pack was 4500mAh. 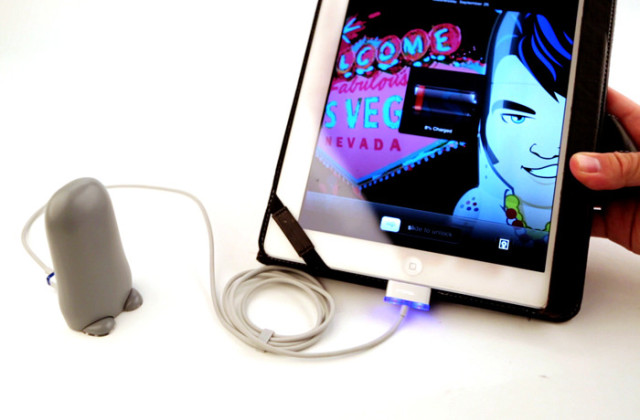 The company currently has several unique character designs done, but are requesting feedback on what characters the Kickstarter backers would like to see (we're partial to anything Firefly related). While that will require working with large companies to license various character designs, the company already has many good relationships, having produced Mimobot USB thumb drives of characters from Star Wars, South Park, Star Trek, DC Comics, and more.

The project has a couple of weeks left to run and, with funding 55% complete, the company needs to raise another $28,000 for the project to be successful.