Minecraft Earth, the augmented reality game Mojang is developing based on its blocky sandbox hit, will be moving towards an early access launch sometime in October. The announcement was made today during the developer's annual Minecon livestream.

The free-to-play mobile game was unveiled earlier this year during Minecraft's 10-year anniversary celebrations, where players must walk around in the real world to collect resources - with lots of tapping much like Pokemon Go -, fight mobs, do challenges, and more. The collected materials can then be used on the players' own "build plates" to make creations just like the regular game.

The game has been in closed beta in several cities like London and Seattle for months now, but with early access, Mojang plans to expand the experience to entire countries, though no specifics were announced today. The game is slated to be available across the globe by the end of the year, with new features rolling out throughout the early access period. 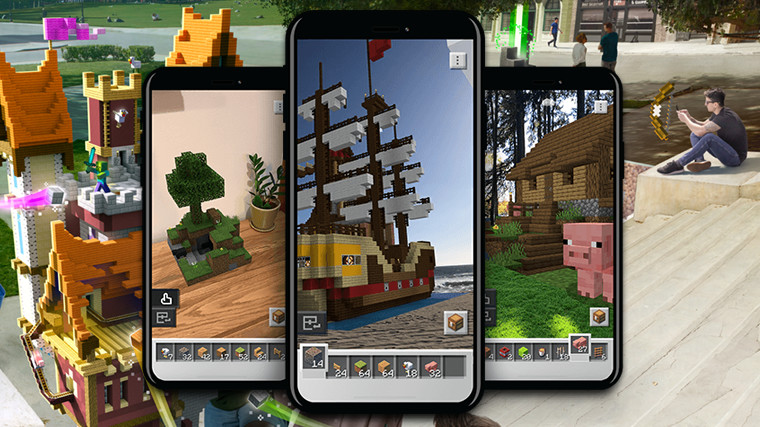 Adventures will be the newest addition to the game coming with this limited release. These are randomly occurring events that invite nearby players to gather together for a shared AR experience with puzzles, combat, and other elements being presented.

Both Android and iOS users will be able to jump into the Minecraft Earth early access release in October by signing up over here. Pre-registrations for Android users are also available now. Meanwhile, Mojang also announced the Nether Update that's coming to regular old Minecraft. This massive overhaul will bring in new features to the "hell" dimension such as the new Piglin mob type, multiple biomes, and more.