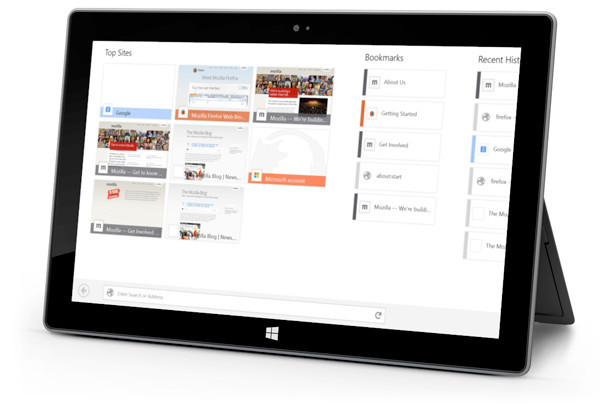 The very long development road for the Windows 8 Modern UI port of Firefox will take even longer to reach its final destination. Mozilla has revised its schedule for the web browser, delaying its launch so it can be included in Firefox 28, which is now planned for release on March 18th.

The new date, as revealed on the official Mozilla Wiki page, represents yet another postponement for the browser, which was previously expected to leave its current beta state with the release of Firefox 27. Mozilla first announced their plans to make a version of Firefox specifically for the Modern UI on Windows 8 nearly two years ago in February 2012.

The browser entered into Firefox's Aurora beta channel in September but Mozilla's meeting notes for December 18th show that there are still quite a few bugs left to iron out before it can be released to the public channel. As we previously reported, the browser will be able to share a single profile with the desktop version of Firefox.

By the way, Mozilla has announced it has pushed back the release dates of all of its Firefox versions by two weeks, so that its development team members could enjoy their current holiday break. That means that Firefox 27, which was supposed to be released on January 21st, will now be released on February 4th.