Earlier this year, Coship launched the Moly X1, an ultra-thin, mid-range Windows 10 Mobile handset priced at $299.95. Last month, details emerged of a second Moly device, the W5, slotting in below its sibling as a more affordable alternative.

Now, there's a new Moly handset on the horizon: the PcPhone W6. 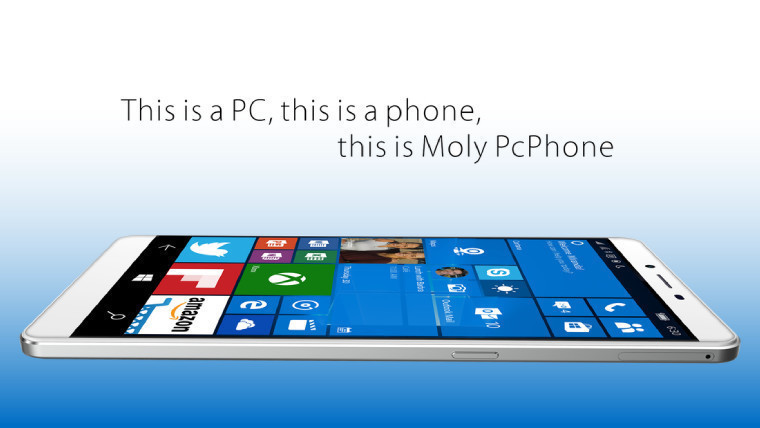 The new device will be the premium model in Coship's Windows 10 Mobile line-up, and as its name suggests, it will support the PC-like Continuum feature available to higher-end handsets running Microsoft's mobile OS.

Notably, it will also be one of the largest Windows 10 Mobile smartphones so far - even bigger than Microsoft's 5.7-inch Lumia 950 XL flagship.

Key specs of the PcPhone W6 include:

It's worth noting that we've seen this device before, albeit under a different name - it made an appearance back in February as the Mouse Computer Madosma Q601.

The Moly PcPhone W6 is priced at $399, and according to the company's Facebook page, it will make its official debut at the Global Sources Electronics expo in Hong Kong on April 18.