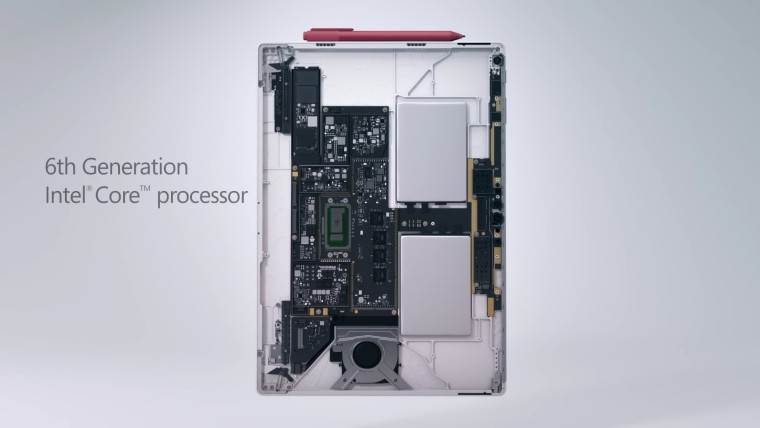 The ultimate laptop. That's the tagline Microsoft is using to describe it's first ever laptop, boasting a detachable screen, a 3000 x 2000p resolution, Intel's latest Skylake processors and plenty of solid state storage to keep it all running. The star of the show, however, was the custom NVIDIA GPU that the company had also built in to the keyboard base, allowing Microsoft to boast 2x the performance of a competing MacBook Pro.

Due to the lack of information on the GPU, and the fact that it was tailor made for Microsoft, performance comparisons have become rather challenging without the device present for benchmarks. Adversity, however, has never stopped enterprising fans. In this case, some of them actually went to Microsoft stores and, pending a proper tear-up, used the demo devices to run software like GPUz and NVIDIA's Control Panel to determine just what makes the device tick.

Their findings suggest a GPU fairly similar to the GeForce 940M, which is a bit more powerful than the earlier estimates of a 920M. This translates to a CUDA core count of 384, with the base clock set at 954 MHz. The GPU also has 1GB of GDDR5, with a total memory bandwidth of 40.08 GB/s.

At the moment, the Surface Book commands a considerable premium over even Apple's lineup and having a dedicated GPU and better performance might just be what the device needs to justify said premium.